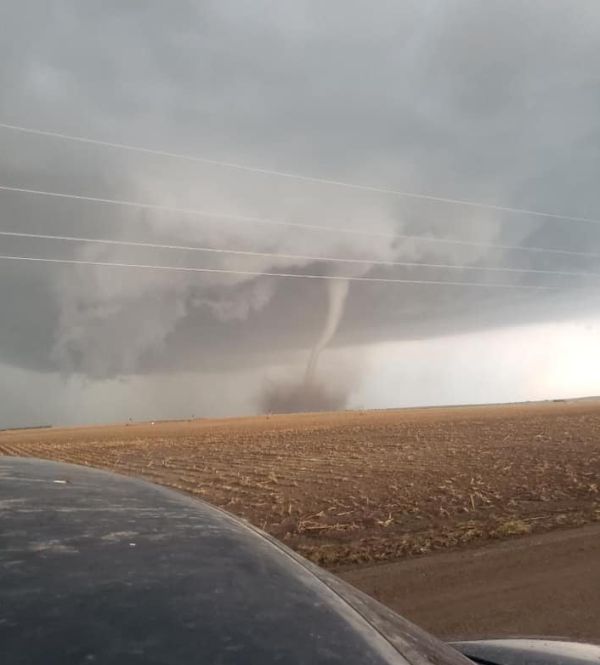 Couple near McCook lost their home to a tornado. They are reportedly okay, just scrapes and bruises.

McCook, Neb. — There were over 30 preliminary tornado reports in Nebraska and Kansas on Friday and Friday, according to the National Oceanic and Atmospheric Storm Prediction Center. The twisters were spawned by two separate violent storms, known as supercells, that tracked for hundreds of miles.   There were a number of unconfirmed sightings of tornadoes last night in other locations in central, west-central and southwest Nebraska.

There are preliminary reports of a home damaged south of Farnam.   A pivot, flag pole, trees and power pole were damaged east of Cozad.

Dawson Public Power District line crews worked until 4:00 am Saturday restoring power in outage areas.  They continued their work Saturday morning in the Darr and Cozad areas.
Dawson asks that people watch for potential hazards from low wires or debris on power lines.  They ask that these be reported so they can fix them.   308-324-2386 or 800-752-8305.
© 2020 Nebraska Rural Radio Association. All rights reserved. Republishing, rebroadcasting, rewriting, redistributing prohibited. Copyright Information
Share: