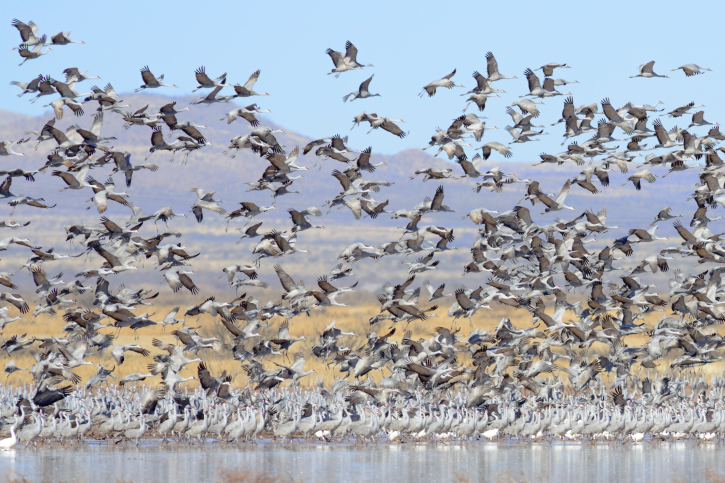 Sandhill crane watchers are getting ready for a new season in central Nebraska after a prolonged cold spell and flooding last year that kept some people from seeing them in person.

Chuck Cooper, president and CEO of the Crane Trust, says blind tours are expected to begin as scheduled on March 1, although VIP tours may be delayed until March 6.

The Grand Island Independent reports that as many as half a million sandhill cranes converge on the Platte River in central Nebraska from mid-February through mid-April.

The cranes fly in from their winter grounds in Texas and New Mexico and stop for about a week or more.