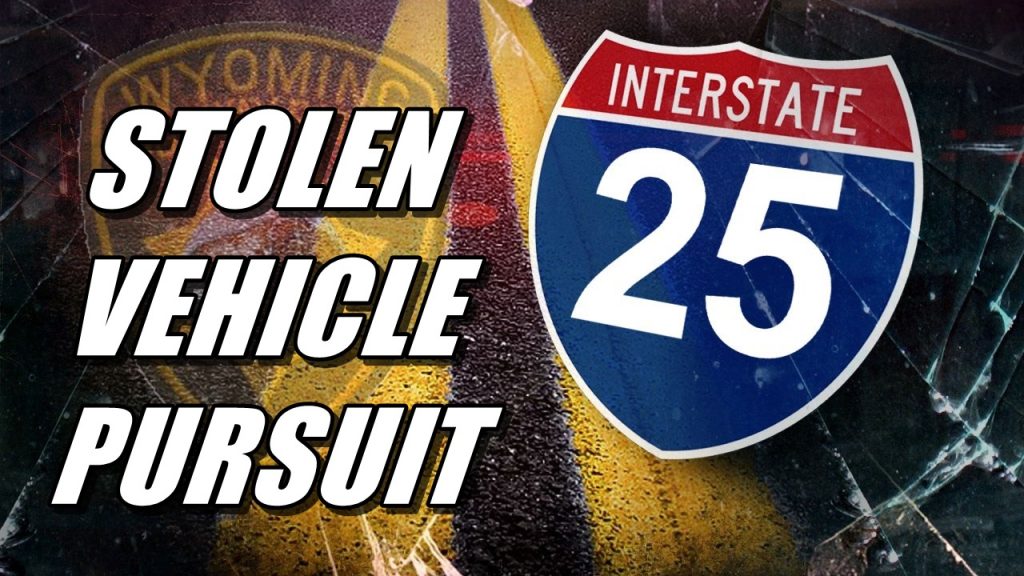 A Rapid City, South Dakota woman is in custody following a pursuit that took place Tuesday morning near Wheatland.

The Wyoming Highway Patrol says the pursuit started shortly after 11:20 Tuesday morning when a trooper attempted to stop a reported stolen vehicle headed southbound on Interstate 25 north of Wheatland.

The car was a 2017 Hyundai Veloster stolen from Pennington County, South Dakota.

The driver fled south on I-25 at speeds over 100 mph and continued south into Laramie County, where troopers were able to successfully deploy spike strips.

WHP says this slowed the vehicle, but it continued south, so the trooper attempted a Tactical Vehicle Intervention when the stolen vehicle exited the roadway before coming to a stop.

The driver of the vehicle, identified as 19 year old Rapid City resident Tinan Sky Trudell, was taken into custody without further incident.

Trudell was charged with possession of a controlled substance, possession of the stolen vehicle, fleeing to elude, reckless driving, speed, and other traffic-related offenses.

The Platte County Sheriff’s Department assisted with this incident.