IOWA CITY, Iowa — Three University of Iowa seniors — Grant Judkins, Grant Leonard, and Austin Martin — have been named to the Big Ten Preseason Honors List, it was announced Wednesday by the league office.

Judkins, a right-handed pitcher from Pella, Iowa, will open the season as the Hawkeyes’ Saturday starter. Last season, he went 4-7 with a 2.72 ERA with 65 strikeouts over 82 2/3 innings. Judkins was the Collegiate Baseball and NCBWA National Pitcher of the Week on Feb.19 and finished the season ranking in the top 14 in the Big Ten in ERA, batting average against, and innings.

Leonard, a right-handed pitcher from Mokena, Illinois, returns for his second season as the Hawkeyes’ closer. The reliever is a preseason All-American by the NCBWA (second team) and Collegiate Baseball (third team) and a member of the NCBWA Stopper of the Year Watch List. As a junior, Leonard earned second-team All-Big Ten honors after tallying a single-season school record 14 saves. He went 2-3 with a 3.37 ERA in 28 appearances.

The Hawkeyes were not picked to finish in the top six of the Big Ten preseason poll in a vote of the league’s coaches (only the top six spots are released). Michigan was tabbed as the favorite followed by Ohio State, Minnesota, Nebraska, Indiana, and Illinois. 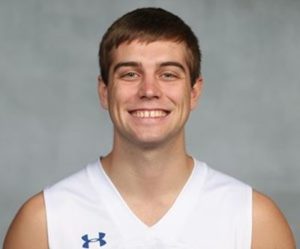