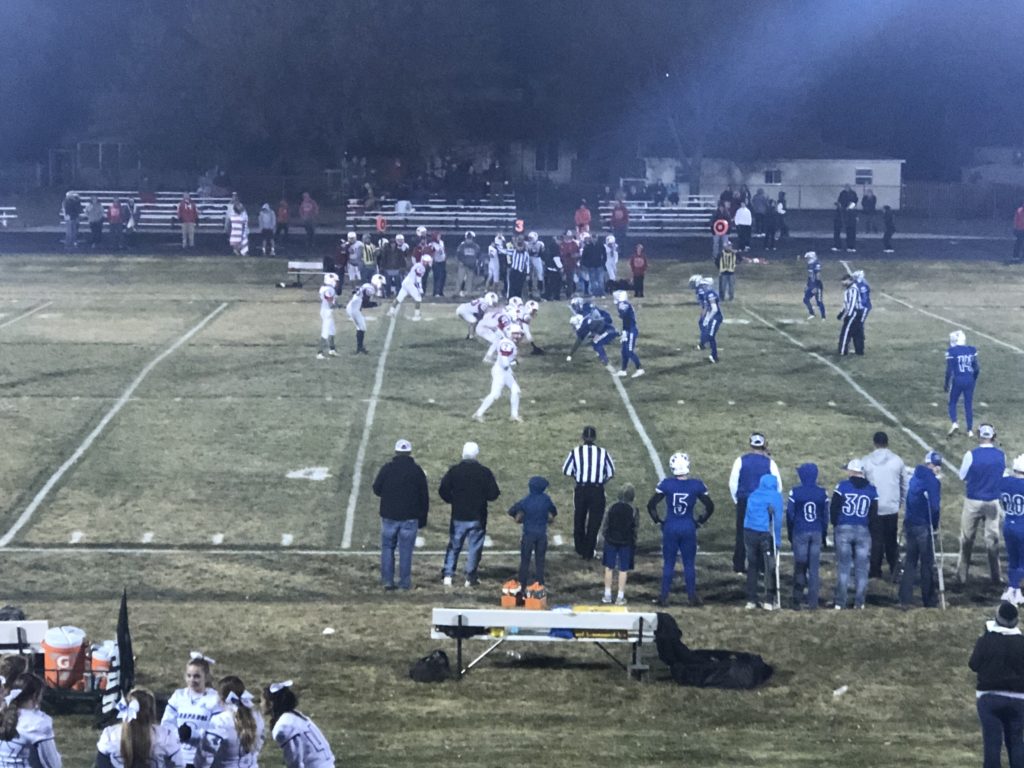 ARAPAHOE – The Alma football team is playoff bound for the first time since 2016. The Cardinals beat Arapahoe, 40-18 Thursday night.

Alma scored early and often, putting up 20 points in the first quarter. Cardinal quarterback Daylan Russell led the offense with five total touchdowns as Alma scored on four of their first five possessions in the first half.

After fumbling on the kickoff return, Arapahoe responded with a quick touchdown drive to pull within one score. However that would be the closest they would get in the game, despite wining the time of possession. Arapahoe’s rushing attack was formidable, running for 256 yards and three touchdowns. The Warrior defense also had two interceptions.

Despite two interceptions, Russell threw for 197 yards and three touchdowns while rushing for another two. Isaac Mccurdy caught 5 passes for 94 yards and two touchdowns. Antonio Hudson accounted for two total touchdowns. Nathan Hock was ferocious on defense with 32 tackles while Ayden Molzahn had 23.

Arapahoe was led by Triston Abraham and Keegan Benson in the backfield. Abraham carried the ball 38 times for 154 yards and one touchdown. Benson had 21 carries for 94 yards and one score. Quarterback Cord Frink had a QB sneak for a one yard touchdown.

Alma finishes the regular season at 5-3  and will await for the brackets to be released on Saturday to know their D1 first round opponent. Arapahoe ends the year at 1-7 overall and will miss the playoffs for the first time since 2001.

Listen to the game below.