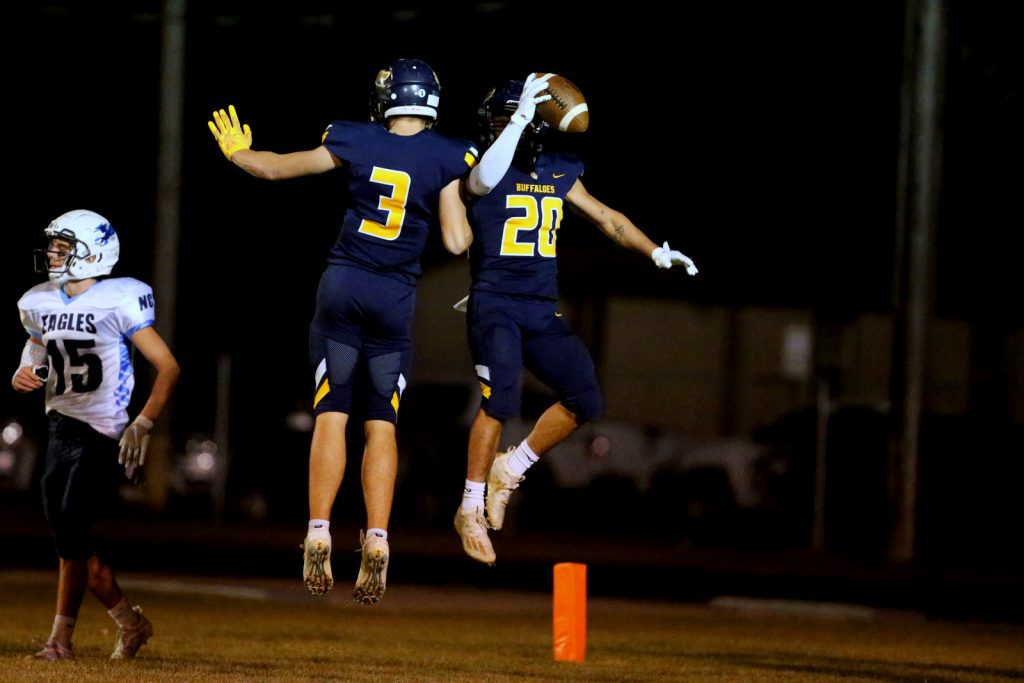 ELM CREEK – The Elm Creek Buffaloes survived the Eagles of Nebraska Christian, 24-22 to advance to the D1 quarterfinals. Xavier Perez scored three touchdowns, picked off the Eagle QB twice and the Buffalo defense forced four turnovers in the win.

Despite Knapp throwing an interception on the first play of the third quarter, Elm Creek would score on their next drive. Perez would gallop in from 26 yards out. The Buffalo defense would stiffen and force three more turnovers. Koby Smith, Carter Erickson and Perez each had one interception in the second half.

Nebraska Christian was led by Boersen’s 166 yards rushing and two touchdowns. Falk passed for 84 yards, four interceptions and ran for 28 yards and one score.

Elm Creek (9-1) will play Cross County in the quarterfinal round on Nov. 6. Nebraska Christian ends the year with a 5-3 record.