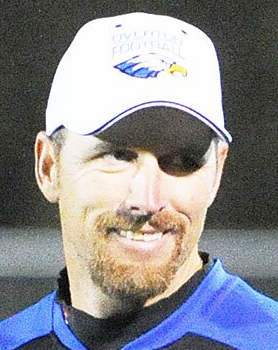 The Nebraska Eight Man Football Coaches Association announces 2019 Hall of Fame Inductees. Two coaches, fourteen players, and one contributor have been named to the 2019 Eight-Man Football Hall of Fame. They will be inducted during ceremonies to be held on Saturday at The Tom Osborne Family Sports Complex in Hastings, Nebraska. The hall of fame is presented by the Nebraska Eight-Man Football Coaches Association and sponsored by Pinnacle Bank of Nebraska. Induction ceremonies will be held at halftime of the 42nd Annual Sertoma Eight-Man All-Star Game played at Hastings College. Kickoff for the game will be 6:00 p.m.

Eric Ryan of Overton is one of those who will be inducted and he spoke with KRVN’s Jayson Jorgensen about this honor. Click here to listen.