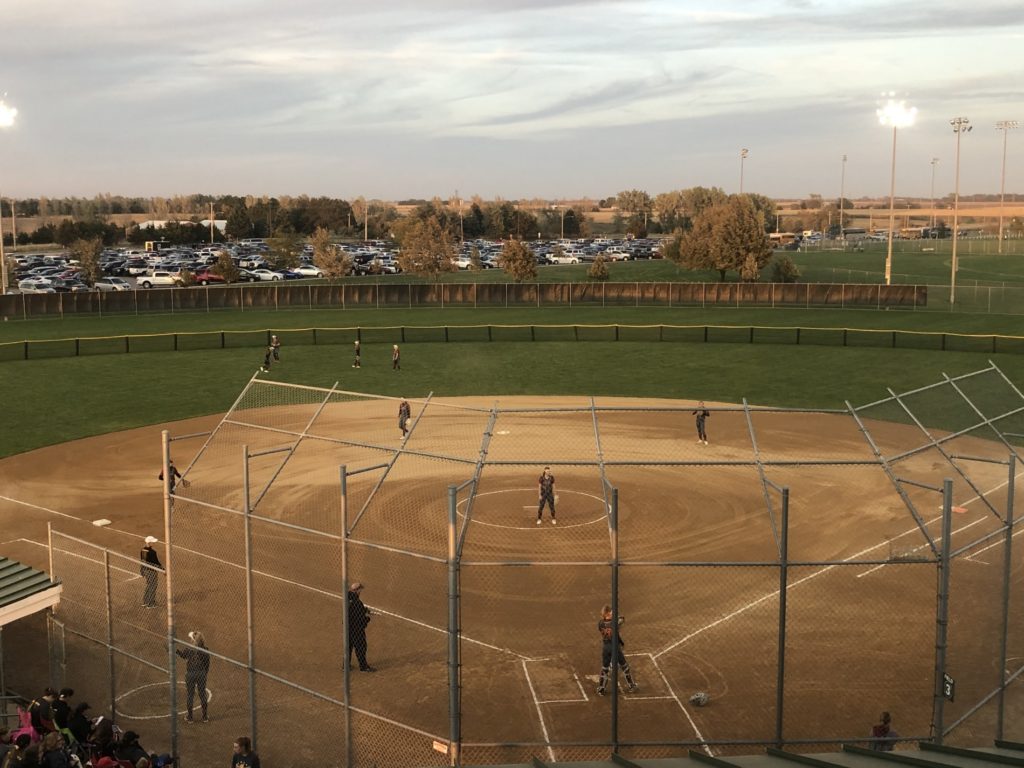 It didn’t take long for Fairbury to show off their power as they slugged two, two run home runs in the first inning. In all, the Jeffs grabbed a 5-0 lead in the first frame and never looked back. Fairbury would score one more run in second, three in the third and a home run in the fourth would seal the win on the run rule.

Cozad only mustered one hit from Jercey Irish to lead off the game, other than that, the Haymaker offense was silenced. Starting pitcher Reagan Armagost was ousted in the first inning after only getting one out and allowing five runs. She picked up the loss in the circle. Gracie Schneider pitched the rest of the game in relief.

Fairbury was led Raven DeFrain who hit two home runs and drove in four Jeffs, including the game winning home run in the fourth. Ellie Ohlde and Claire Shumard each hit home runs. Jami Mans was nearly perfect in the circle. She pitched four innings allowing one hit and struck out four.

Cozad will play in a must win game against the winner of Hastings St. Cecilia and Auburn at 2:00 p.m. Liste on KAMI. Fairbury moves on to the semifinals against GACC at 4:30 p.m.