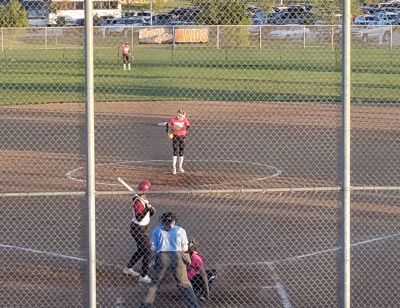 Lexington-Cozad jumped out to a six nothing lead and held on for an 8-4 in over Gothenburg on Thursday night in high school softball action. The game was played in Lexington due to the wet conditions in Cozad. Elizabeth Tvrdy of Cozad put the Haymakers on the scoreboard in the first as she drove in two with two outs. In the 2nd inning, Cozad built the lead to 5-0 when Emm Coen drove in two with a fly ball to center field.

Gothenburg fought back with three runs in the fifth as Bailey Coulter drove in a couple of runs to make it 6-3. Reagan Armagost improved to 13-3 on the season as she went six innings, allowing three runs on three hits, striking out seven and walking one. Gracie Schneider threw one inning in relief out of the bullpen. Coulter took the loss for Gothenburg going six innings, allowing six hits and eight runs while striking out five. Cozad improves to 20-6 on the season, the loss snapped Gothenburg’s four game winning streak as the Swedes are now 14-11 and will host their subdistrict next week.