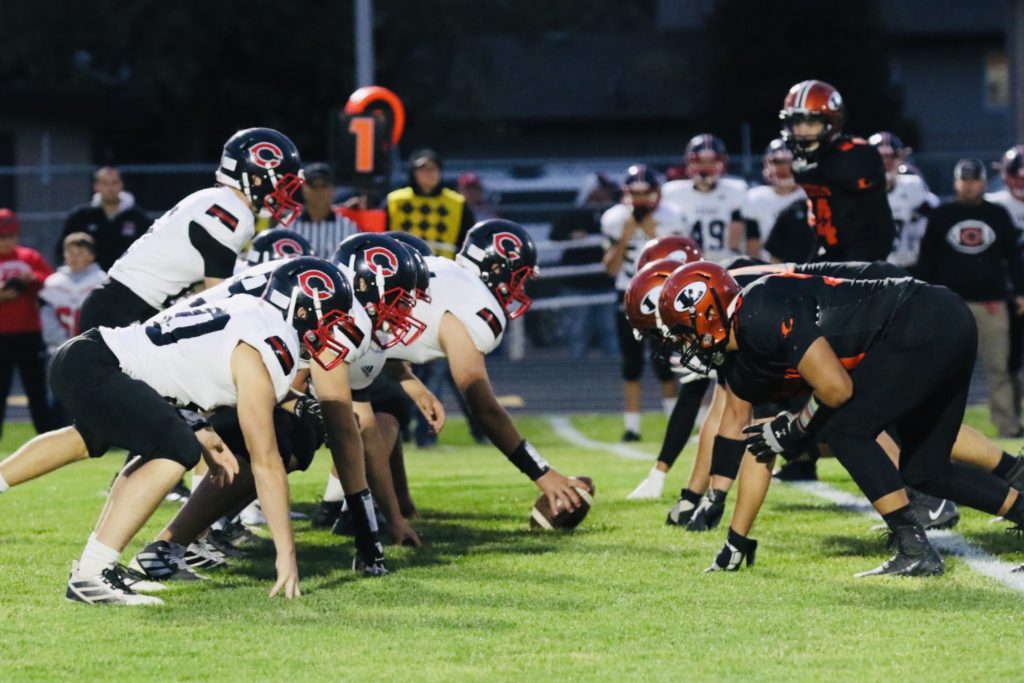 LEXINGTON – This was a series that started in 1898. Cozad and Lexington have played in a lot of games in Dawson County over the years. This one promised to be a big one as both team were playing for post-season potential. However, tonight it was dominated by the Cozad Haymakers as they knocked off Lexington 34-14.

Both teams came into the game hoping to establish the running game. Cozad and their improving offensive line did just that. They ended up rushing for 352 yards led by quarterback Nolan Wetovick who finished with 101 yards on 24 carries. The Haymakers lost their season-leading rushing Matthew Schuster due to injury, but they didn’t miss a beat as Jacob Weatherly, Conner Westcoat and Nathan Engel took his place and all scored touchdowns as that offensive line kept churning forward.

Cozad led 21-0 halftime. Lexington got down to the Cozad 10 yard-line and appeared to be going in to make it one score game in the second quarter, but a high snap and a fumble recovery by Jacob Engel allowed the Haymakers to score one more time in the the quarter to give them that big lead.

Lexington came out on fire after the halftime, blocking a punt and recovering it for a touchdown, then on their next drive Dylan Richman scored a touchdown and all of the sudden it was a 21-14 game. However, on the next drive Cozad’s offensive line took over again as the Haymakers went on a 14-play 80 yard drive that milked 7 minutes off the clock to re-establish the lead and basically put the final nail in the coffin.

The win moves Cozad to 5-3 with a final regular season game against No. 1 Adams Central coming up next. Lexington falls to 3-5 with a trip to Alliance coming up this Friday.