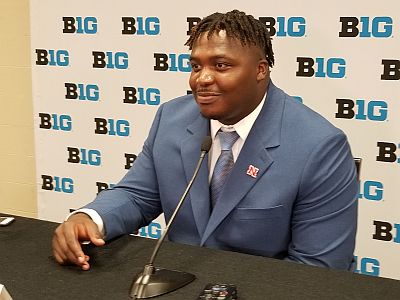 Chicago-Nebraska’s defensive line will be a family affair this year with a pair of brothers looking to sure things up for the Huskers. Khalil and Carlos Davis and Darrion and Damion Daniels will all be key factors in the Huskers 3-4 defensive scheme. Khalil Davis contrasts the two sets of siblings.

Darrion Daniels joined the Huskers this offseason as a graduate transfer after playing at Oklahoma State. Davis says he knows exactly how to push his younger brother’s buttons.

Those four players along with Junior Defensive End Ben Stille and Sophomore Deontre Thomas look to be improved this season. Last year NU ranked just 12th in the league in rushing yards allowed giving up 195 yppg.