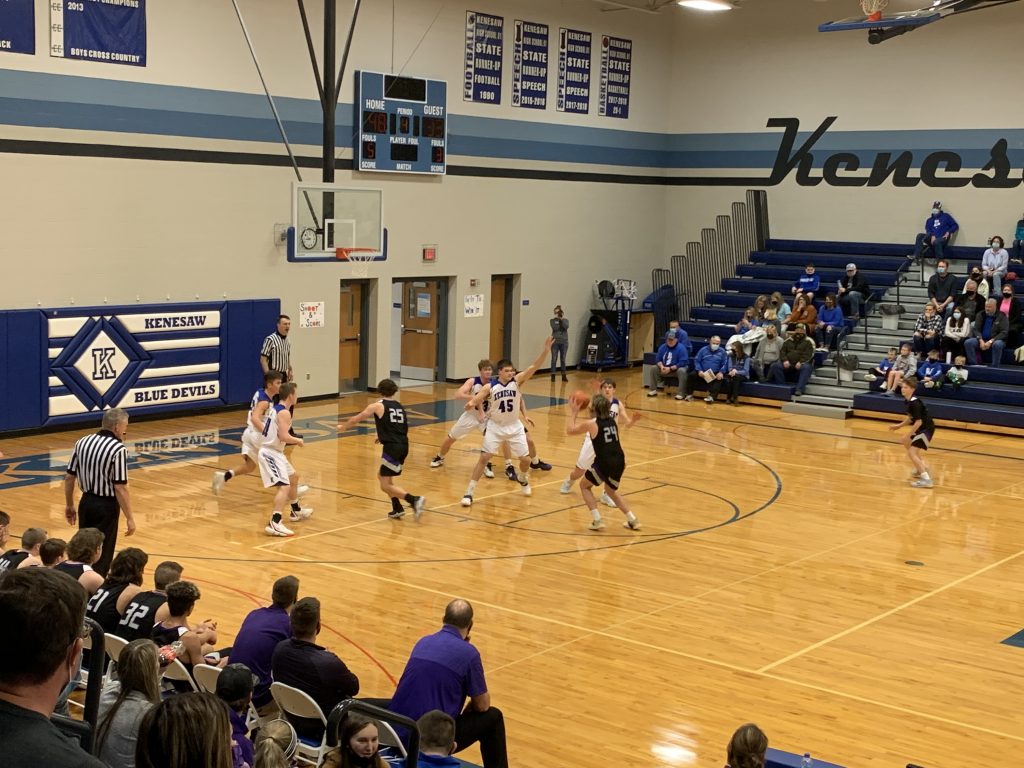 KENESAW – The Blue Devils started fast behind the hot hand of one of their best offensive weapons and never looked back on Tuesday night, handing Axtell their 9th loss on the season in a 63-48 win at home. Click here to listen to the broadcast.

Kenesaw had their offensive momentum rolling at the the beginning of the contest from Tyson Denkert who added 10 points in the opening minutes with speedy drives to the lane and knocking down two triples. Trey Kennedy added another three pointer in the quarter as well. Axtell took some time to find their own pace, but was able to get 6 points in the quarter with 4 coming from Calvin Johnson. Axtell trailed 17-6 at the end of the first quarter.

The Wildcats were able to battle into the second quarter, but still failed to gain a lead being out paced 13-12. While Axtell did slow down Denkert, extra possessions became a huge factor for the Blue Devils as they turned misses into offensive rebounds led by Eli Jensen. Jensen also collected four points in the quarter. Austin Peterson did dirty work inside the paint, earning four points of his own, while Joel Katzberg hit a three pointer for Kenesaw. The Wildcats did find more scoring opportunities, as Johnson added another four and four other Wildcats (Cooper Miller, Brennan Runge, Gavend Cole, Jason Bergstrom) each added 2 points. The Wildcats trailed 30-18 at the end of two quarters.

In the second half, Axtell continued to fight to cut the lead, but couldn’t get any closer than a 9 point deficit. The Kenesaw lead at one time ballooned to 20 points, as Denkert added another 6 points in the third and Lane Kelley hit a three pointer to continue the march to the end of the contest, as Axtell’s Johnson fought hard to scrap for his final 11 points in the second half.

Axtell had 19 points from Johnson, while Brennan Runge lit up in the second half totaling 14 points in the contest, Carson Lindau had 3 points, and Cole, Bergstrom, and Miller all ended with 2 points each. 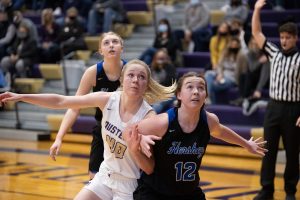