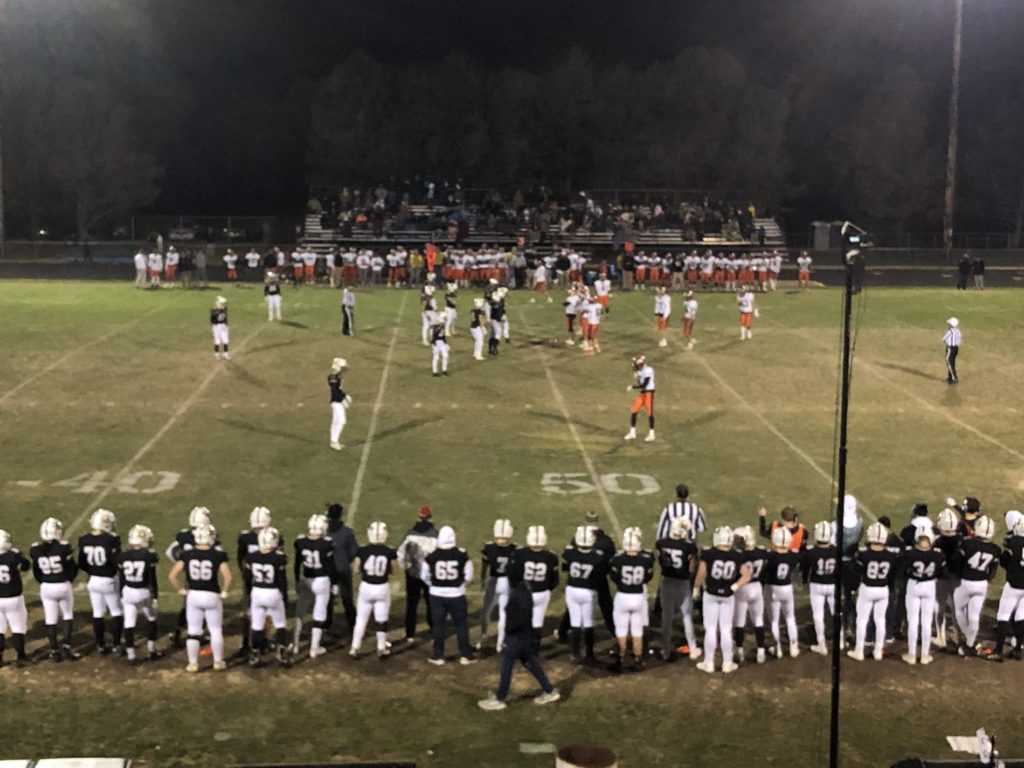 GRAND ISLAND – The Lexington football team saw their season end in the first round of the Class B playoffs for the second straight year, this season losing to Northwest, 34-3 on Friday night.

It turned out to be a defensive battle in the first half. After no score in the first quarter, Northwest cracked the scoreborad with a 25 yard field goal from Parker Janky. On the ensuing drive, Lexington would throw an interception. The Vikings would capitalize on the short field and found the endzone on a two yard rushing touchdown. With 38 seconds left in the first half, the Minuetmen marched down the field and knicked in a Jason Tovar 25 yard field goal. Lexington trailed, 10-3 at the half.

The second half saw a barrage of scoring, all from Northwest as the Vikings would score 24 unanswered points. Quarterback Rans Sanders drove his team down the field on their first drive and capped it off on a two yard touchdown run. Another Lexington turnover would result in another Northwest touchdown. The Minutemen struggled to adjust to the Viking up tempo offense in the second half while failing to move the ball on offense.

Lexington saw Alex Ramos run for 57 yards. Caleb Carpenter threw for 102 yards, one interception and was sacked five times. Dylan Richman caught three passes for 47 yards and also threw one INT. The Minutemen defense did force a fumble and recovered.

Sanders led Northwest with 205 yards passing and also ran for another 70 and one TD. His favorite receiver was Sean Juengst who had eight catches for 80 yards. Riley Anderson caught six passes for 103 yards.  Sam Collins had 14 carries for 86 yards and two touchdowns. Janky knocked in field goals from 25 and 27 yards.

Lexington ends the season with a 4-6 overall record. Northwest will host the second round as Roncalli-Catholic will visit.