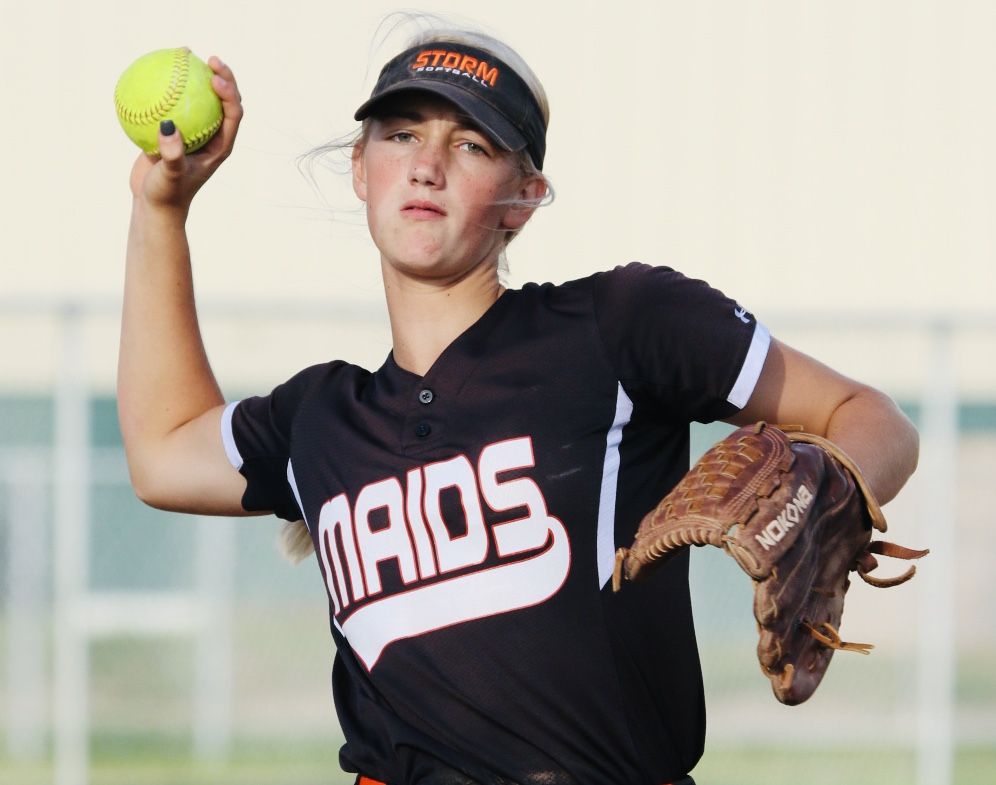 Klair Fagot makes a throw to first base in Friday's game.

LEXINGTON – On Thursday night, Lexington gave up a big inning to Aurora and lost 9-7, on Friday night the Minutemaids had a 6-2 lead, than saw the lead disappear before recovering to win in extra-innings against Scottsbluff 10-9. 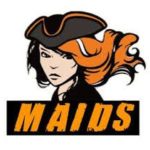 A two-run single to right field by McKenna Moats opened things up for Lexington and tied the game. Two batters later, Jordyn Jefferies hit the ball into the gap scoring Moats and Alyssa Winter making it 4-2. Then, Madi Sutton ended the scoring with a two-run rocket over the center field fence to give the Minutemaids a 6-2 lead.

Scottsbluff chipped away at the lead and had narrowed it to 6-5 going into the bottom of the sixth inning. Lexington added some insurance runs that inning and went into the last inning of regulation with an 8-5 advantage.

However, the Bearcats touched up Lexington reliever Austin Hausler for three runs highlighted by a two-run double by Alex Jones. Jones then scored on a sacrifice grounder by Tierney Schleve. Lexington failed to score in their half of the seventh inning, sending the game to extra innings.

Scottsbluff took back the lead for the first time since the third inning when Brady Laucomer scored on a single by Mariyah Avila. So know it was Lexington’s turn to come back.

Tailyn Kounnavong tied the game on an error off of the bat of Kalli Sutton. Sutton, then got picked off when trying to extend the error by running to second base. However, Klair Fagot stung the ball to left field for a single; stole second and scored on a single from Macey Johnson, winning the game with a walk-off hit.

Listen to the game by clicking here.