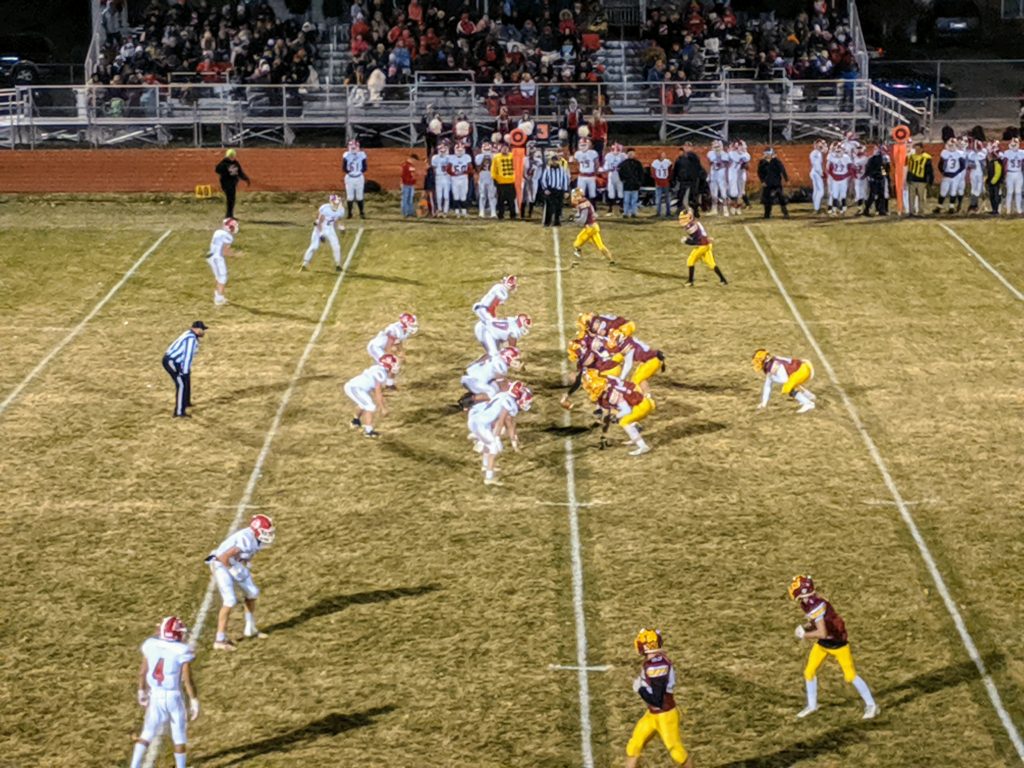 GOTHENBURG – Ord surprised a lot of people by making it to the championship game last year in C1. Their quest to return there began on Friday night as they surprised some with a 26-20 win over Gothenburg in the first round of playoffs.

The game did not start well for Gothenburg who had beaten the Chanticleers 17-14 in overtime just 8 days before. A fumble on the first play of the game gave Ord a very short field and they would take advantage two plays later when Zac Smith hit Quintin Ries on a 20-yard pass to take a 7-0 lead before anyone even got settled into the game.

Gothenburg tied the ball game up late in the first when Maguire Bartlett went off right tackle for a 70 yard touchdown run.  However, the rest of the first half belonged to Ord as they built a 23-7 lead by halftime. The Swedes weren’t done yet.

Gothenburg forced a three-and-out on Ord’s first possession and the Swedes then went on a drive culminated by Coner Baker’s first of two touchdown to make it 23-14. Baker would find the endzone again early in the fourth quarter to make it 23-20.

Ord took the ball needing to answer or at least work the clock with 9:24 left in the game. They did both, taking nearly seven minutes off and adding a short Kelen Meyer field goal to go up 26-20.  The Swedes took over at their 20 yard line with 2:54 left. However, the Ord defense was up the the challenge and sack Bartlett on fourth down to end the threat.

Zac Smith finished with 227 yards passing and 2 touchdowns in the game.  They will advance and take on Pierce, whom they lost to early during the regular season.

For Gothenburg, it was one of the most successful season ever for the Swedes, they will finish the season with an 8-2 record. Bartlett’s final game as a Swede was a good one he had 113 yards rushing and 45 passing as he finishes a very successful football career for Gothenburg.