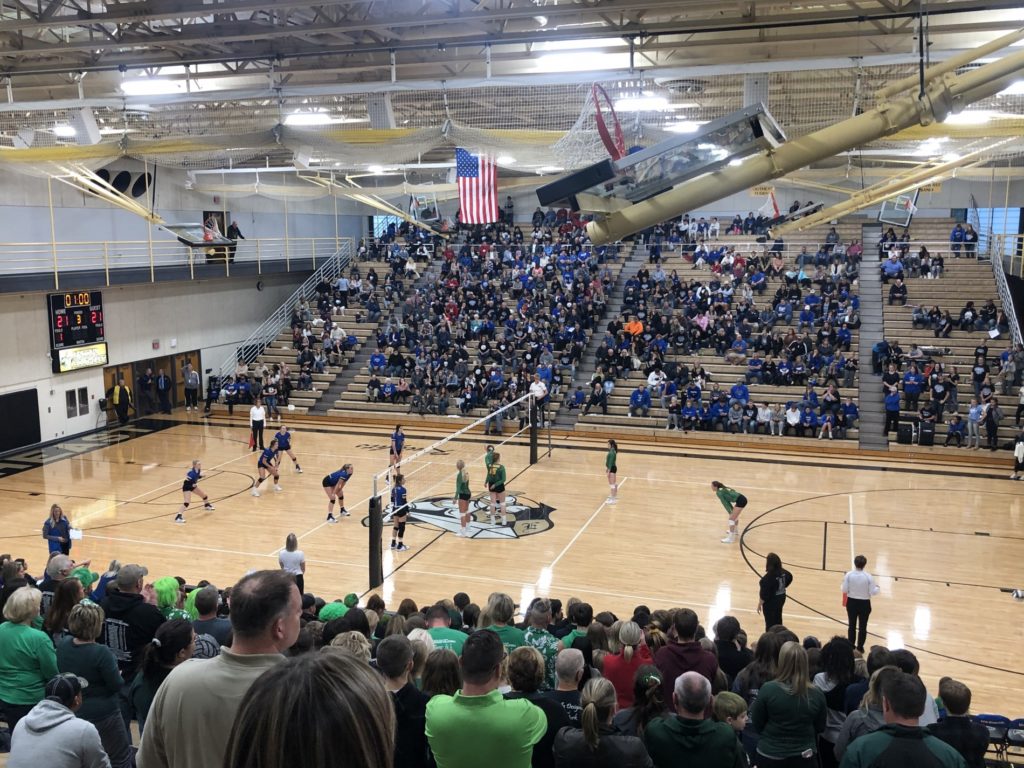 LINCOLN – Appearing in the state volleyball tournament for the second time in school history, the Overton Eagles proved they belong. Despite losing to Archbishop Bergan in four sets: 26-24, 16-25, 22-25, 22-25 in the first round of the D1 state tournament.

On a night where no lead was safe, neither team could ever grab a commanding lead as each set went down to the wire. Overton secured early confidence by winning the first set over the defending state champions. However Bergan would rally and win the final three sets on their quest for a repeat.

The Eagles found balance throughout their lineup, but Bergan made Overton pay on their errors and found the open holes on the floor.