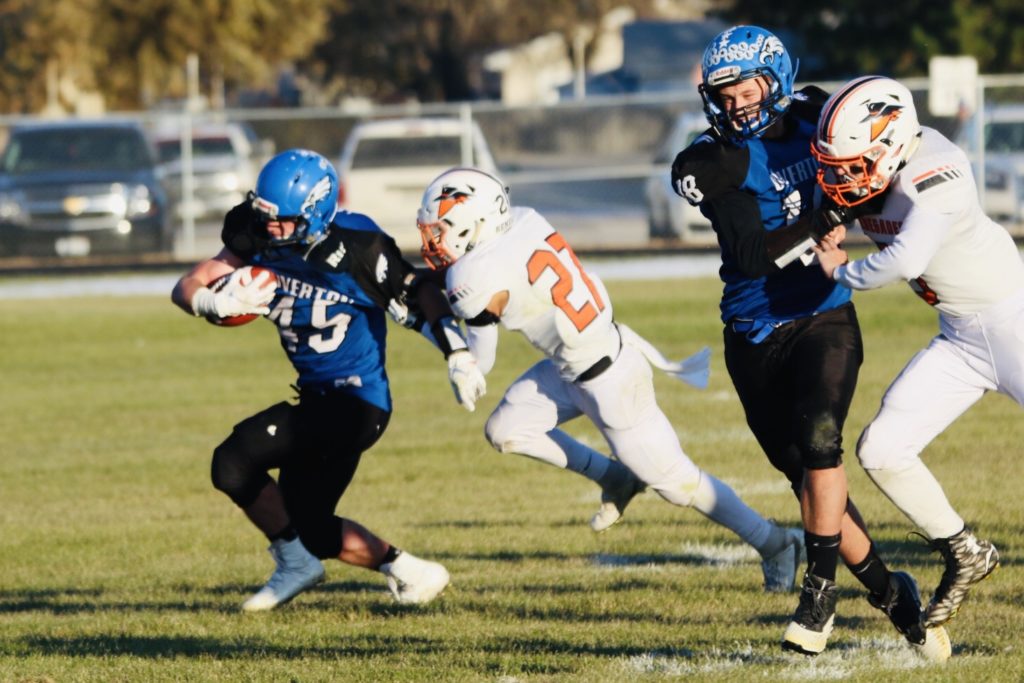 OVERTON – Despite four turnovers and struggles in the redzone, Overton survived Chamber/Wheeler-Central/Ewing, 16-14 in the first round of the D2 playoffs.

Overton drew first blood on a 23 yard rushing touchdown by Elijah Heusinkvelt early in the first period. However, turnovers would plague the Eagles in the second and third quarters. Overton would turn the ball over two times in each quarter; an interception and fumble in the second while fumbling it twice in the third quarter.

CWCE made the Eagles pay for their early mistakes. The Renegades scored two touchdowns on both first half turnovers. Running back Wyatt Wagner scored form 50 yards out while Cole Duba found Joshua Klabenes for a four yard touchdown pass. CWCE led 14-6 at the break.

Overton’s defense dug in in the second half, only allowing two total first downs. Despite two more turnovers in the second half, the Eagles scored the final 10 points. Two came on a botched snap on a punt attempt by the Renegades out of the back of the endzone for a safety in the third quarter. Ryan Lauby would eventually score the game winning touchdown on a 17 yard touchdown run early in the fourth quarter.

CWCE’s year came to an end with a 7-2 overall record. Overton travels to Oshkosh for a battle with Garden County on Wednesday, Nov. 6.