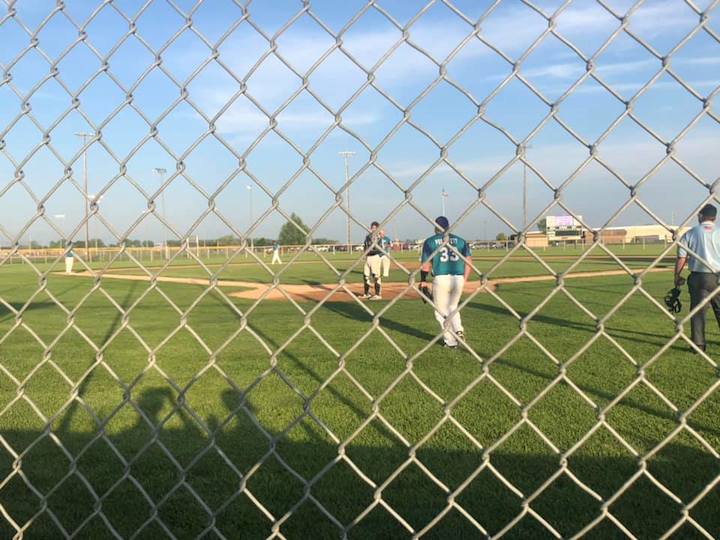 GOTHENBURG – The Overton Firstier Bank Bandits took advantage of nine total walks given up by Gothenburg and squeaked past the Melons, 6-5 Wednesday night.

Overton struck in the first frame, taking advantage of an error in right field. Gothenburg would answer and take their only lead of the night in the third inning when Brady Harrison smashed a two-run home run. For Harrison, it was his third bomb of the season. Trouble would ensue after that for the Melons.

The Bandits retook the lead in the fourth, capitalizing on four total walks in the inning. Cole Stokebrand and Braydon Woodring each drove in a run. Gothenburg would answer in the bottom half inning with an RBI double from Riley Baker.

Overton extended the lead once again in the fifth with an RBI groundout from Jaxon Taubenheim to make it a two run game. However, the Melons would respond to get within one run with as Matt Zimbelman grounded out to drive in a run.

The sixth inning would see both teams score one more time. Isaiah Shields brought in a run with an RBI double, extending the lead back to two. One final time, Gothenburg would respond with an RBI single from Vince Nichols, but the Melons would never score again.

Schuyler Brown picked up the win on the mound for Overton after going five innings, allowing six hits, four earned and struck out eight. Josh Araujo earned the save.

Gothenburg’s Connor Bake was on the losing end after going four and a third, allowing only two hits, five runs, three earned, but walked eight.

Overton will play in a round robin tournament on Sunday. Gothenburg stays home and hosts Elwood Friday.