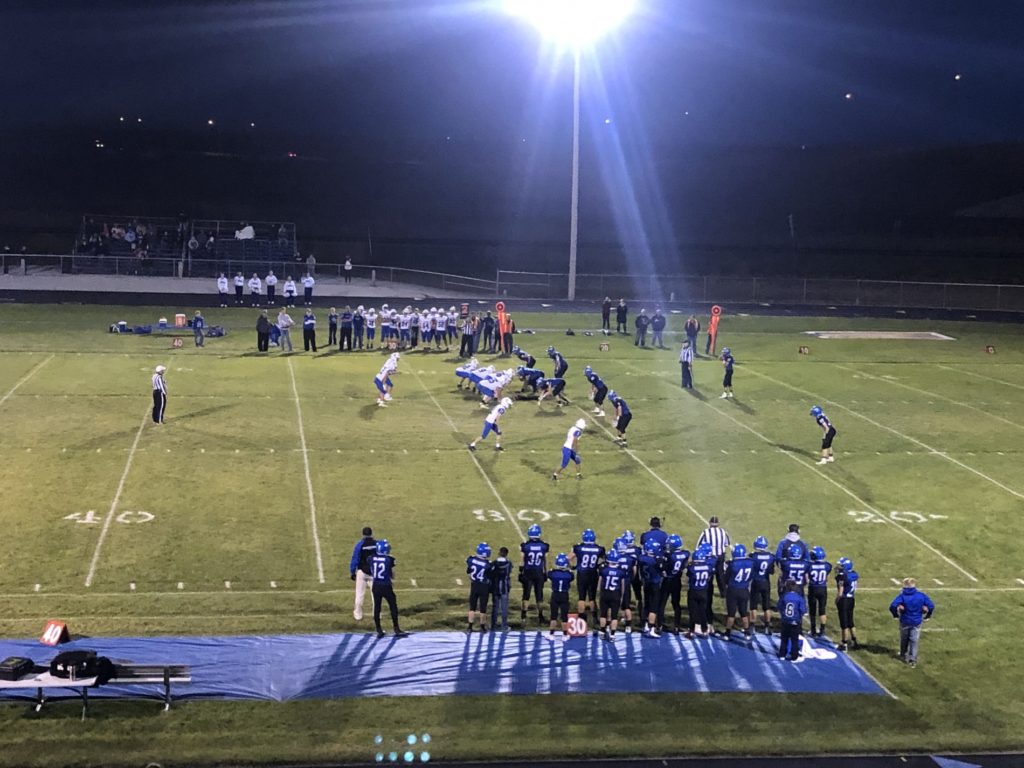 It was the one-two punch of Ryan Lauby and Elijah Heusinkvelt who set the tone in the backfield for Overton. They accounted for seven of the nine touchdowns. Heusinkvelt scored the games first touchdown on a 15 yard score and would follow that up with scores from 59 yards and four yards out. Lauby made the most of senior night, scoring his first touchdown on a fumble recovery and ran it in from 32 yards out. He would then find the endzone on runs from 19 yards, 1 yard and 47 yards. Garrett Wood and Spencer Walahoski  each scored a rushing touchdown.

Bertrand struggled to finish drives as most of their first half drives started promising. However, penalties, turnovers and sacks would deny the Vikings an early game success. They did find the endzone right before half on a six yard touchdown by Arik Ackerman to Owen Caps. In the second half, Caps would find the endzone two more times. Filling in as backup quarterback, he ran for a  27 yard touchdown run and a 24 yard TD pass to Landon Way.

Lauby led all rushers with 162 yards on 11 carries and four total touchdowns. He also led the team in tackles with nine. Heusinkvelt ran for 106 yards and three scores.

Overton finishes the season at Elwood next Friday while Bertrand heads to Pleasanton to wrap up the regular season schedule.