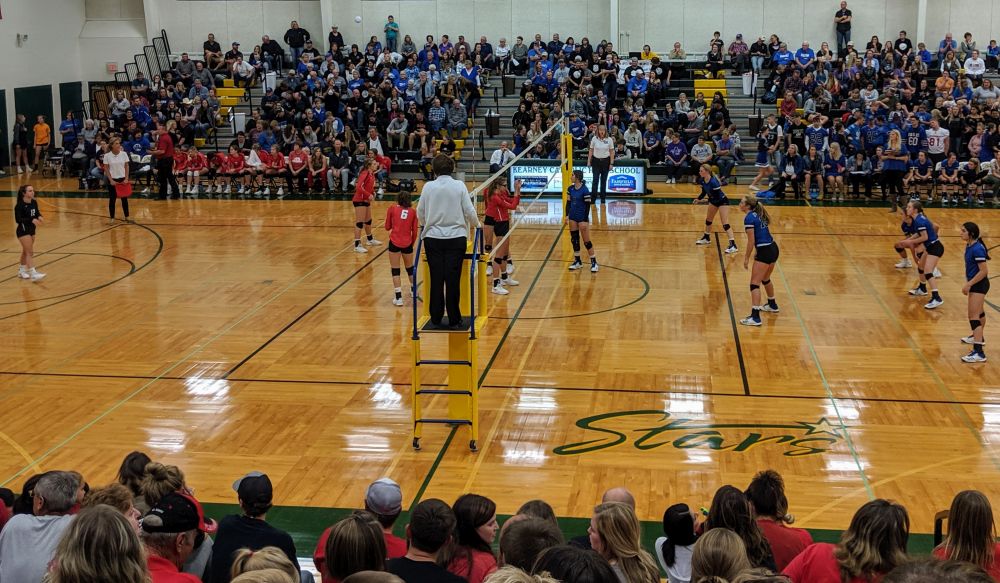 KEARNEY – Impressive wins by Elm Creek and Pleasanton close out the Fort Kearney Conference volleyball tournament. Elm Creek had a straight-set win over Axtell to claim third-place and Pleasanton continued to roll as they knocked off a very good Overton game in straight sets for the championship.

Elm Creek’s Ashley Brown had 12 kills on the night as the Buffaloes were dominate from the net. The straight set victory 25-21, 25-15, 25-21 win over Axtell. Maci McCarter had three aces and was a big part of closing out the win in last set scoring 5 points in a row.

Nicole Cederburg led the way for Axtell with 7 blocks Erica Bertrand finished with 6.

Neither Pleasanton nor Overton has lost a set since September. Something had to give. The two had met early in the season and the Bulldogs won in straight sets.  The scenario repeated itself on Thursday as Pleasanton won 25-18, 25-17, 25-19 to claim their second straight FKC Crown.

Isabelle Paitz had a very good night. She finished with 11 kills. Katie Linder chipped in with 10 kills and two blocks and Chelsea Fischer had 4 kills and 4 blocks.  For Overton, Rachel Ecklund had 11 kills and a block.