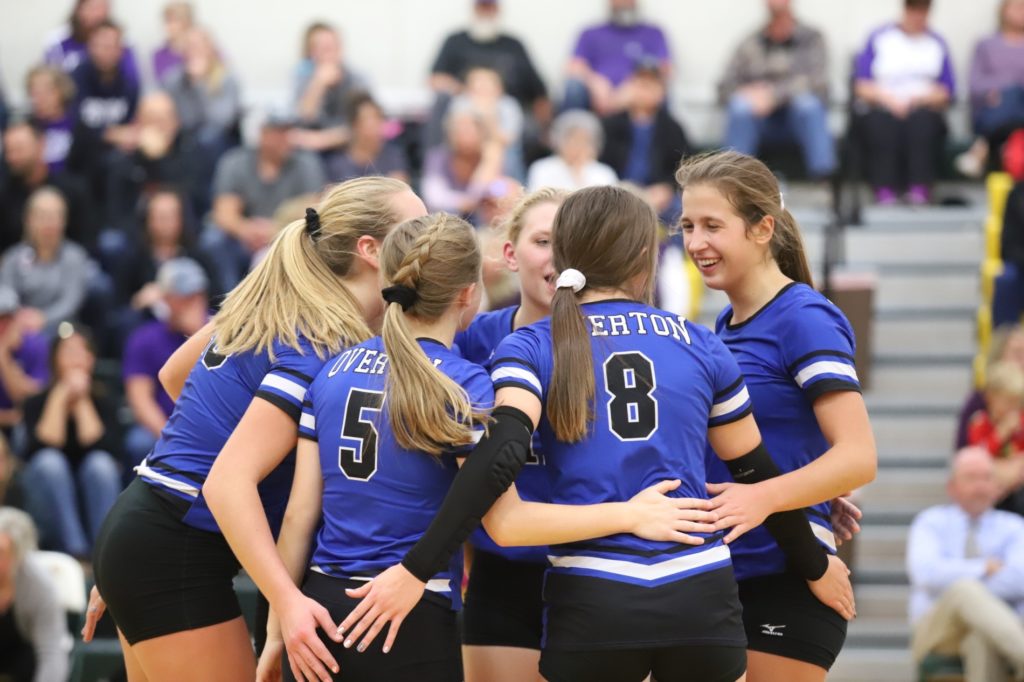 Overton dominated early and had no trouble with the Wildcats in the first set. However Axtell rebounded quickly in the second set, grabbing several leads. The Eagle one-two punch of Rachel Ecklund and Haley Fleischman would prove to be too much for Axtell. Fleischman led Overton with 19 kills and two ace serves. Ecklund contributed 15 kills. Allie Altwine provided seven kills and one ace. Axtell was led by Nicole Cederburg’s seven kills. Morgan Miller had five kills.

Despite the loss, Elm Creek played like the better team early on in the match. Taking advantage of unforced Pleasanton errors, the Buffaloes led most of the first set. The Bulldogs rallied late enough to grab the win. It would be a see-saw type of a match, but Pleasanton made it count the most when they needed to. Kate Lindner led all players with 13 kills for the Bulldogs. Isabell Paitz finished with six kills and four ace serves. Chelsea Fisher provided six kills off the bench. Elm Creek was led by Abby Bauer and Ashley Brown who each had four kills.

Axtell will face Elm Creek in the consolation game at 6:00 p.m. Pleasanton and Overton will play in the championship game at 7:30 p.m. Both contests will be played at Kearney Catholic High School.  Listen to both games on 880 AM KRVN.