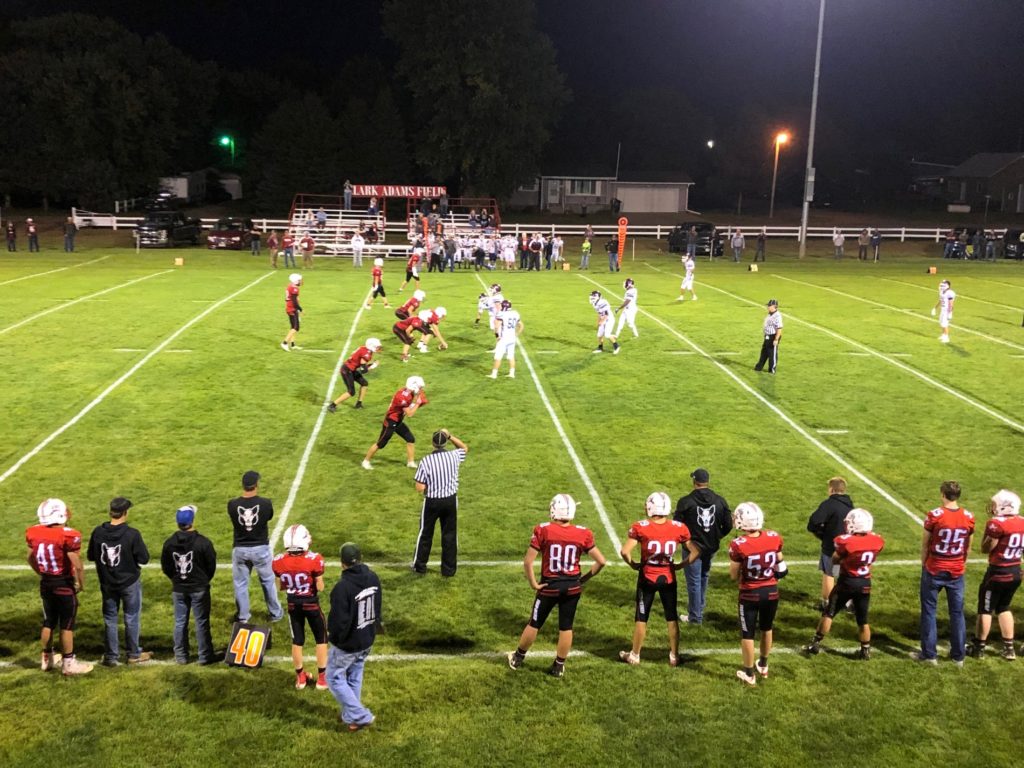 MERNA – Elwood (3-1) quarterback Conner Schutz was a part of every every touchdown while the Pirate defense forced four Anselmo-Merna (1-3) turnovers en route to a, 52-28 Elwood win.

What started as a shootout with both teams scoring on their opening drives and the Coyotes scoring on both of their first two drives, it appeared it would be a slug fest. Miscues by Anselmo-Merna and feisty defense by Elwood would slow the Coyotes.

What was a six point game entering the third quarter, Shutz and the Pirates would go on to score on five of their six drives in the second half. Elwood constantly pressured the Anselmo-Merna backfield, forced two interceptions and two fumbles. Elwood scored on three of the four turnovers.

Anselmo-Merna’s offense fired on all cylinders early on, but would be quieted in the second and third quarter. Jace Leibhart threw for 100 yards, three touchdowns and two interceptions. He also rushed for 51 yards. Leading the ground game was Bryce Schmidt’s 128 yards and two touchdowns.