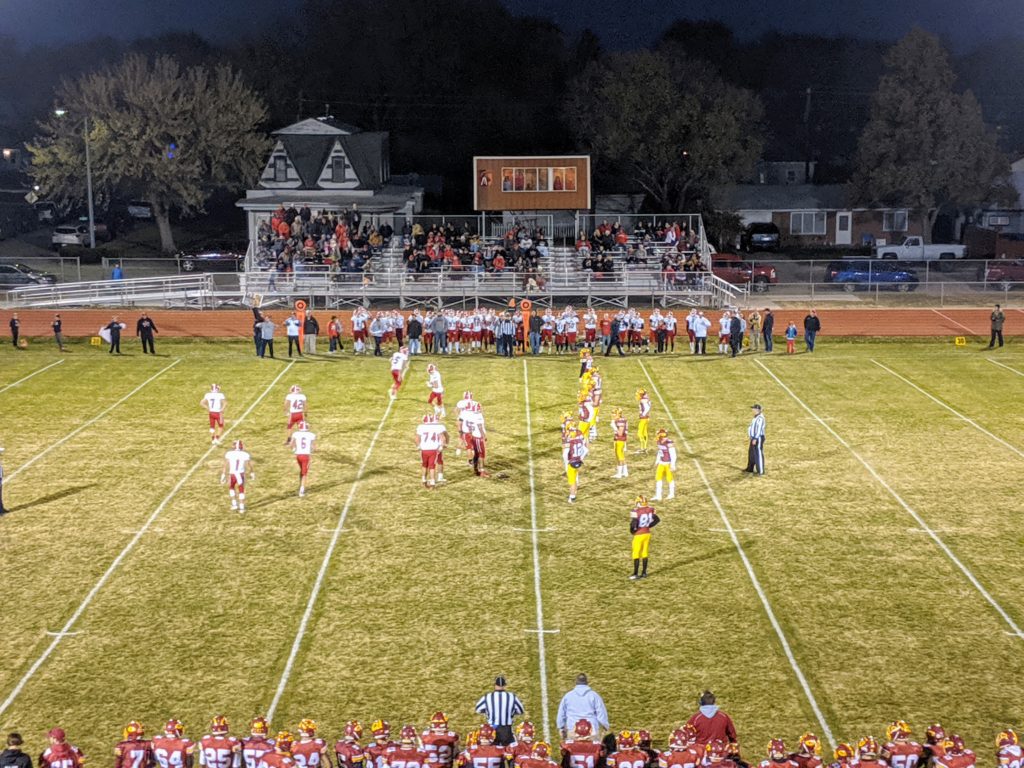 GOTHENBURG – In a battle of C1 powerhouse teams, in a game the befits the way these two teams play, Gothenburg and Ord battled to overtime and a redemption field goal by Mark Ackerman ends up being the difference as Gothenburg wins 17-14.

Each team took a couple punches, both got up from the mat and landed a couple of their own. Ord scored first on a 41 yard field in the first quarter. Gothenburg’s offense was stifled by bad field position and a very good Ord defense. They would finally break through when Maguire Bartlett’s pass was nearly intercepted, then tipped, then caught by Landon Platter, who then took it in from 58 yards out to take the lead 7-3. On their next drive, Gothenburg went on a patented Swede type of drive going 87 yards, on 15 plays in over 7 minutes and culminating with a 2 yard plunge by Owen Geiken. This gave Gothenburg a 14-3 lead which they took into halftime.

Ord scored first in the second half, on a 35 yard field goal by Kellen Meyer, to make it 14-6. Ord scored two possessions later on a 20 yard run by Zac Smith to make it 14-12. Then converted the two-point play on a run by Tommy Stevens. Gothenburg took the ball on the next drive and drove to the one-yard line. However, a bad snap led to a fourth and goal from the 5. Ackerman was called upon for a 27 yard field, but it was ruled no good, and we went to overtime.

The Chanticleers took the ball first and drove to the one-yard-line. On fourth down Stevens took the ball up the middle and was stuffed by the Gothenburg defense.  Gothenburg  took over and after three plays trotted Ackerman back out for a similar try to the one he had missed moments early. Redemption was achieved for the young man from Haiti as this kicked a game-winner as the Swedes walked off with a 17-14 win and finished the regular season with an 8-1 record.

Ord falls to 6-3, but will be headed to the playoffs.

New Data Shows 80% of Money Lost in Sweepstakes, Lottery, and Prize Schemes is from Consumers over 65 BBB Reports