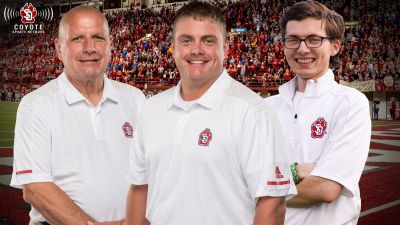 Thayer has been the sideline reporter for Coyote football for the past five seasons. He will be joined in the booth by Gary Culver, the former coach of Vermillion High School who has served as the analyst of Coyote football broadcasts since 2013. Thayer is a 2008 graduate of Doane College where he helped launch the Tiger Sports Network. He worked for stations in Colorado and Nebraska before arriving in Yankton in July of 2012.