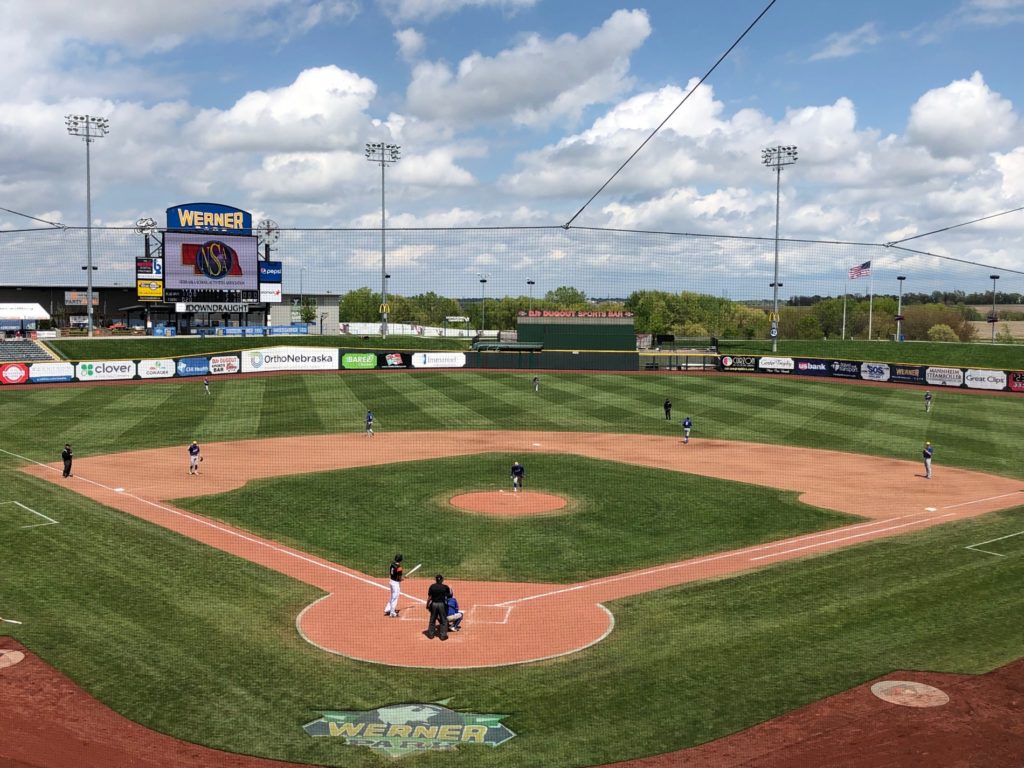 RRN/Seward vs Hastings from Werner Park.

OMAHA – A good start to the game was wasted by the Seward Bluejays as Hastings took advantage of errors and timely hitting, en route to a 12-2 victory in six innings.

Seward jumped out to a 2-0 lead in the first two innings behind aggressive game play and jumping on early pitches by Hastings pitcher, Sam Wibbels. However, Hastings would answer in the bottom of the second inning when Laif Hultine smacked a home run to left field to tie the game. Seward would never lead again.

The wheels began to fall off for Seward in the fourth inning when the Bluejays committed three uncharacteristic errors, allowing Hastings to score five runs. With a 7-2 lead, that allowed future Kentucky Wildcat, Wibbels to settle in on the mound. He would allow only two more hits and strike out four. In all, Wibbels put on display his talents, pitching six innings, allowing only six hits, two runs and struck out nine in picking up the win.

Hastings didn’t stop in the fourth offensively. The Tigers put the game away for good in the sixth inning when five more runs came across to score, to run rule Seward. Hultine would finish with three total RBI’s while Wibbels and JT Cafferty each went 3-4 with an RBI.

Brett Meyer led Seward offensively with a 2-3 performance and one run scored. Max Peery had the only RBI for the Bluejays. Tayte Rolenc picked up the loss on the mound after pitching three innings, allowed eight hits, seven runs, four earned and walked three.

Seward will try to keep the season alive Monday when they play Mount Michael at 10 a.m. Hastings move on to play Waverly at 4 p.m on Monday.