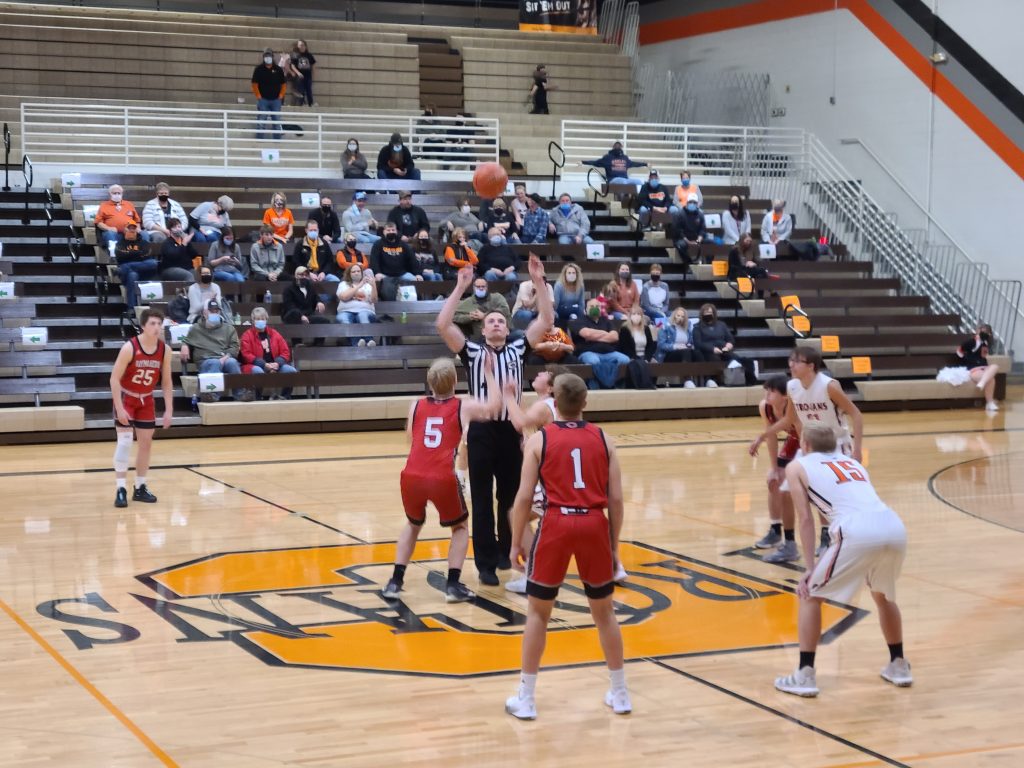 CAMBRIDGE – In what has been a bit of a frustrating start to the season for both programs, the Cozad Haymakers boys and girls shook off some demons to sweep Cambridge on Thursday night. The Haymakers girls led throughout and held on to win 41-38 and the boys dominated the second half to win their second in a row 66-31.

The girls were coming off their worst game of the year with a mid-week disappointment against McCook. Coach Zach Stauffer came into this game knowing that his team need a win. The girls responding, rebounding, shooting and playing some of their best defense of the year. Taylor Chytka was all over the place pulling down 11 rebounds and scoring six points. Biz Tvrdy was the scoring leader with 12 points. Cozad scored early jumping out to a seven point lead after one period. They took that same lead into the fourth quarter and then held on as the Trojans get to within one point. The win is the first for the Haymakers as they move to 1-5, Cambridge was led by Autumn Deterding, who had 18 points. They drop to 3-2.

The boys contest appeared to be neck and neck in the first half. Cambridge’s Zack McArthur banking in a three-pointer at the buzzer to get the Trojans to with in two points at half time. Then, the second half. Coach Nik Broz asked for more from his players in the second half and they responded with a third period eruption. They outscored the Trojans 25-4 in the third quarter and then 18-6 in the fourth. Jacob Engel was dominant in the game controlling the board and scoring a game-high 18 points. Nolan Wetovick was the only other Haymaker in double-figures as 10 players scored for Cozad. It is the Haymakers second win in a row as they move to 2-3. Cambridge falls to 2-3.