OAKLAND (June 18, 2020) – Aurora’s Danica Badura was determined to make this her championship. She did just that, claiming her first NGA title by winning the 58th Nebraska Girls’ Match Play Championship at Oakland Golf Club on Thursday.

While Badura was claiming her trophy, Reed Malleck of York and Josh Kramer of Omaha punched their ticket to the final of the 31st Nebraska Junior Match Play Championship, on a day with three different weather delays.

Play was suspended due to lightning about an hour and 45 minutes into the morning’s matches. After a 90-minute delay, the matches were completed just before noon. The afternoon matches started with ideal conditions, but halfway through the back nine another storm popped up and played was stopped while it rolled through. Finally, with the girls’ final wrapping up just a few minutes before, play was halted again before Kramer could hit a six-foot putt for par to win his semifinal match. It was a brief 20-minute delay this time, but Kramer was able to sink the putt to advance.

Badura was on a mission from the start. She cruised through her first two matches on Wednesday, needing only 27 holes total to close them out. On Thursday, she had to battle in both of her matches. Badura built a 4-up lead over La Vista’s Elly Speece in the morning semifinals. The 16th seeded Speece fought back and cut Badura’s lead to 1 up with a birdie on No. 16. However, Badura did not let the match get to the 18th hole, which she only played once this week, during Stroke Play Qualifying. A par gave her the 2-and-1 win and her first final appearance.

The final was a rematch of a 2018 Round of 16 match, when Lincoln’s Nicole Kolbas defeated Badura at York Country Club. This time, Badura lost the second hole, but bounced right back by winning four of the next six holes. Kolbas won her share of holes and cut Badura’s lead to 1 up at the turn.

Badura made another move on the back nine though, winning three of the first four holes to push her lead to 3 up. Kolbas drove the shortened par-4 16th green for the second time on Thursday, and two-putted for birdie to stay alive. Badura just missed a birdie putt on No. 17, but Kolbas’ attempt missed right and Badura won again on the penultimate hole, 2 and 1.

On the boys’ side, Malleck ran off to a hot start in his quarterfinal match against Marcus Eriksen of Grand Island. Malleck won six of the first eight holes, including four straight from holes No. 5 to 8. He closed out the match on the 13th hole for a 6-and-5 victory.

In Malleck’s semifinal match, he faced his old Kansas-Nebraska Junior Cup partner Isaac Heimes of Norfolk. Heimes reached the semifinals after a 3-and-1 victory over Marcus Holling of Grand Island in the quarterfinals.

Malleck and Heimes battled through the entire match. Each won two holes on the front nine. Malleck won holes 13 and 14 to get to 2 up, and closed out the match on the 16th hole to secure the 3-and-2 victory.

His opponent, Kramer, had a wild ride in his two matches today. He faced defending champion Luke Gutschewski of Elkhorn in his quarterfinal match. Kramer won six holes on the front nine and made the turn 3 up. He tacked on three more hole wins on the back nine and finally finished the match on the 14th hole for a 5-and-4 victory.

In his semifinal match, Kramer faced Jake Kluver of Norfolk, who reached the semifinals with a 5-and-3 victory over the hometown favorite Ian Lundquist of Oakland in the quarterfinals.

Kramer and Kluver’s match was a stalemate all day, and was tied after 14 holes. Kramer was able to win the 15th, and remained 1 up. The match stayed there until the 18th hole, when Kramer dropped his winning putt after the suspension.

The updated brackets and additional info is available on the championship websites below. 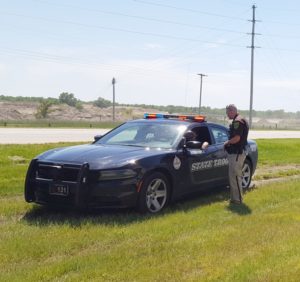 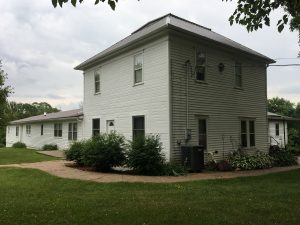