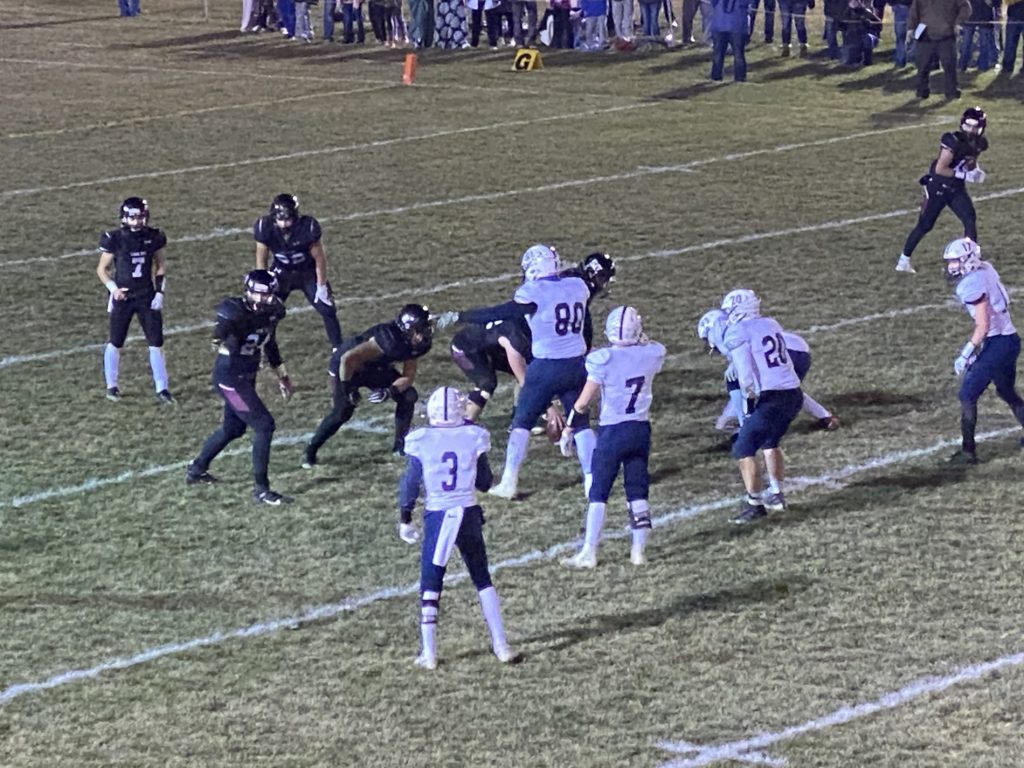 BRUNING – The BDS Eagles escaped past the Central Valley Cougars 40-36 in the Class D2 semifinals on Friday. Thanks to 24 second half points, BDS will move to its third championship game in the last six seasons.

BDS trailed early as Central Valley’s Jackson McIntyre scored on the first possession to go up 8-0. BDS then had a turnover that led to another Cougars touchdown and the Eagles trailed 14-6 after the first quarter.

Right before the end of the first half, Central Valley was driving and looking to go up two scores, but senior defensive back Dalton Kleinschmidt picked off the Cougars at the goal line. BDS trailed 20-16 at the half.

From there, BDS started to take control. Quarterback Dominic Philippi threw touchdown passes to Blake Schlegal and Dalton Kleinschmidt in the second half. The game was sealed with two minutes left in the game when Tyler Grote intercepted the Cougars.

BDS will move on to the Class D2 finals on Friday, November 20th. The game was originally scheduled for Monday, November 23rd, however, the NSAA announced late Friday that the championship games will not play in Memorial Stadium due to health and safety reasons. The time for next Friday’s championship game with BDS and Sandhills/Thedford is TBA.