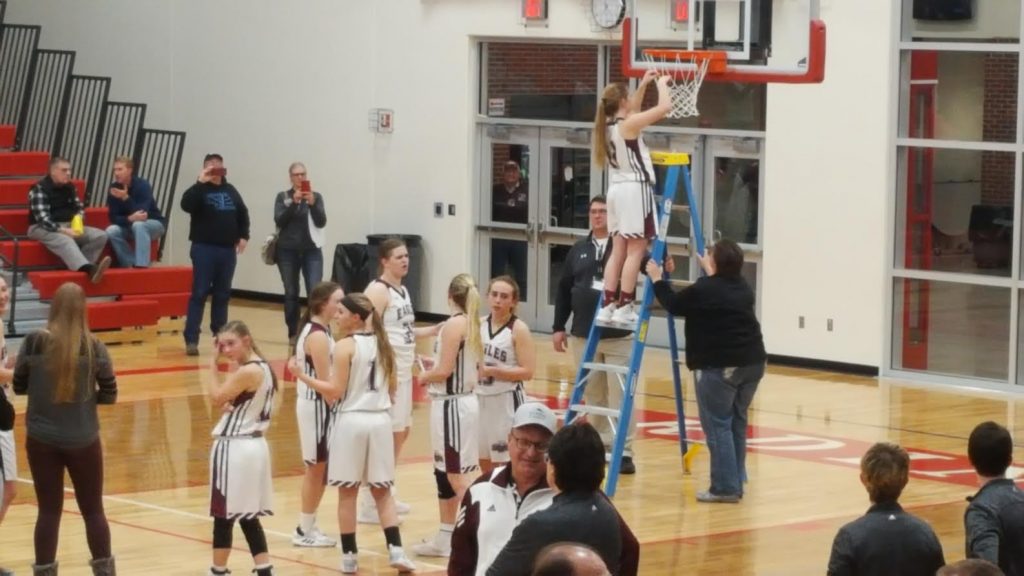 The BDS Eagles girls basketball team punched their ticket to state Friday night in Albion, with a 44-22 district final win over Stuart. The Eagles led wire to wire, in a game that started out as a defensive battle, but once the BDS offense warmed up, there was no stopping them.  They led 12-2 after the first quarter and extended the lead to 25-9 at intermission. BDS increased their advantage with 19 second half points while holding Stuart to 13. Only three players scored for the Broncos, who finish the season at 13-10.