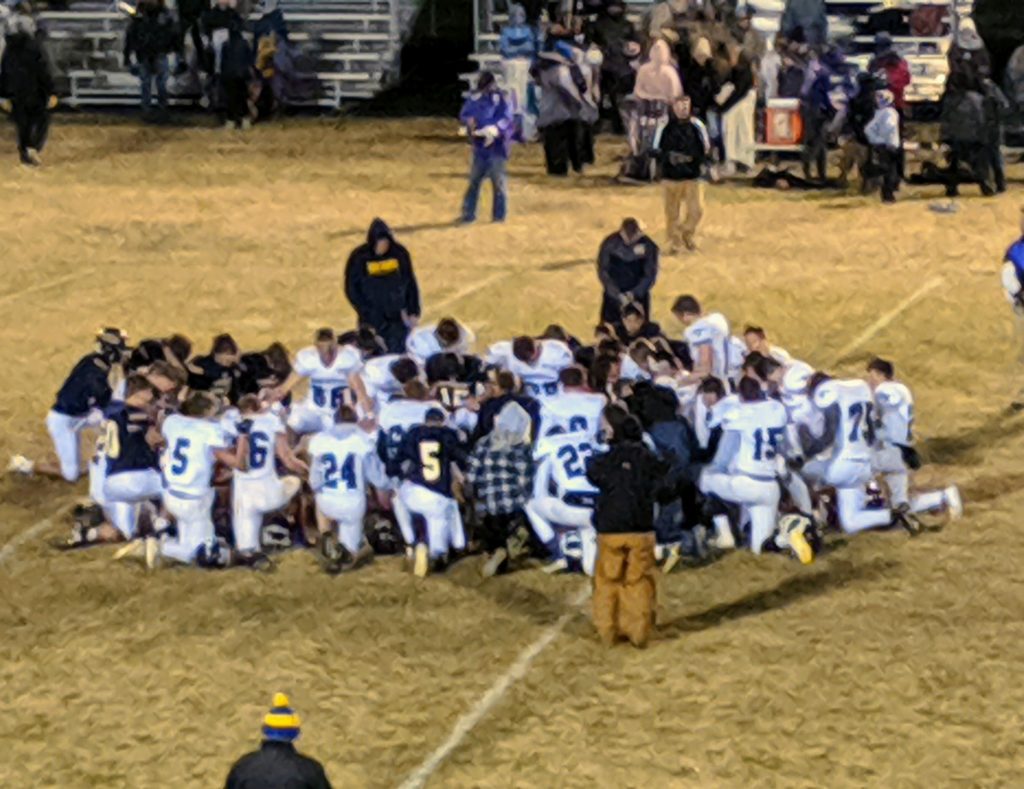 ELM CREEK – The first time these two teams played in September Elm Creek beat Burwell 36-28. However, that was a while ago and this is the playoffs.  A completely different game unraveled this time as the Longhorns ended the Buffalo season 50-13.

This night was all about Burwell’s powerful run game and it’s ball control offense. Case in point, Longhorn tail back Jace Williams ran the ball 39 times for 205 yards. With the game close at half (22-13) Burwell dominated plays and time of possession in the third quarter to put the game out of reach. The Longhorns ran 19 plays compared to only 7 for the Buffaloes in that quarter and controlled the ball 9 of the 12 minutes.

Elm Creek took the early lead after a goal line stand, when Karsten McCarter went on a quarterback keeper and scored from 75 yards out. Unfortunately, McCarter got hurt on the next possession and was hobbled the rest of the game. A Lane Gutzwiler kickoff return for a touchdown would be the only other score the Elm Creek could muster as they finish the season with a very good 8-2 record.

Burwell moves onto 8-2 and will take on Cambridge next Tuesday.