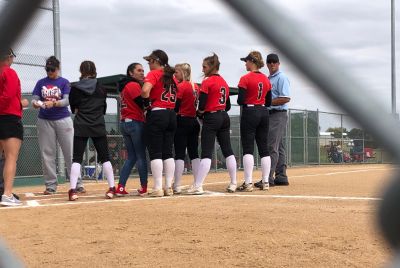 Kearney-Cozad used a six run bottom of the fifth inning to pull away from Ord 11-4 at the C6 District Softball tournament on Wednesday. The Haymakers led just 5-4 going into the fifth after Ord cut the lead to one run after scoring twice in the 5th inning. Reagan Armagost picked up the complete win for the Haymakers in the circle as she struck out 10. Cozad had just six hits in the game but were helped out by five Ord errors and the Haymakers also took eight walks. The Haymakers are now 21-6 and are scheduled to play Kearney Catholic who beat Southern Valley/Alma 9-1 on Wednesday. The game is set for for 12pm on Thursday weather permitting. That game will be carried on KAMI Country Legends and krvn.com. Click here for entire bracket.