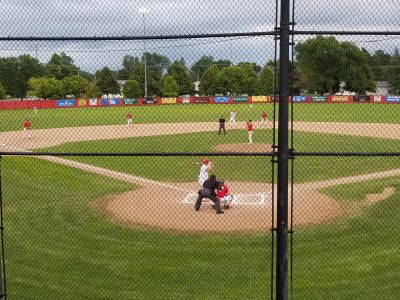 Cozad-The Cozad Reds stayed alive at the B-6 Seniors Tournament on Sunday night with an 11-3 win in five innings to improve to 14-10 on the season. Doniphan Trumbull scored first with two in the 1st inning but Cozad would responded with 11 in a row. Maddux Meyer picked up the win on the mound for the Reds going five innings allowing four hits and and three runs while striking out four. At the plate Cozad collected 12 hits. Blake Hoffmaster had a big night at the plate going 3-4. Cozad will play Minden in an elimination game tonight at 7pm. Minden was one out away from beating McCook on Sunday before eventually losing 3-2. Tonight’s game can be heard on KAMI Country Legends and at KRVN.com.