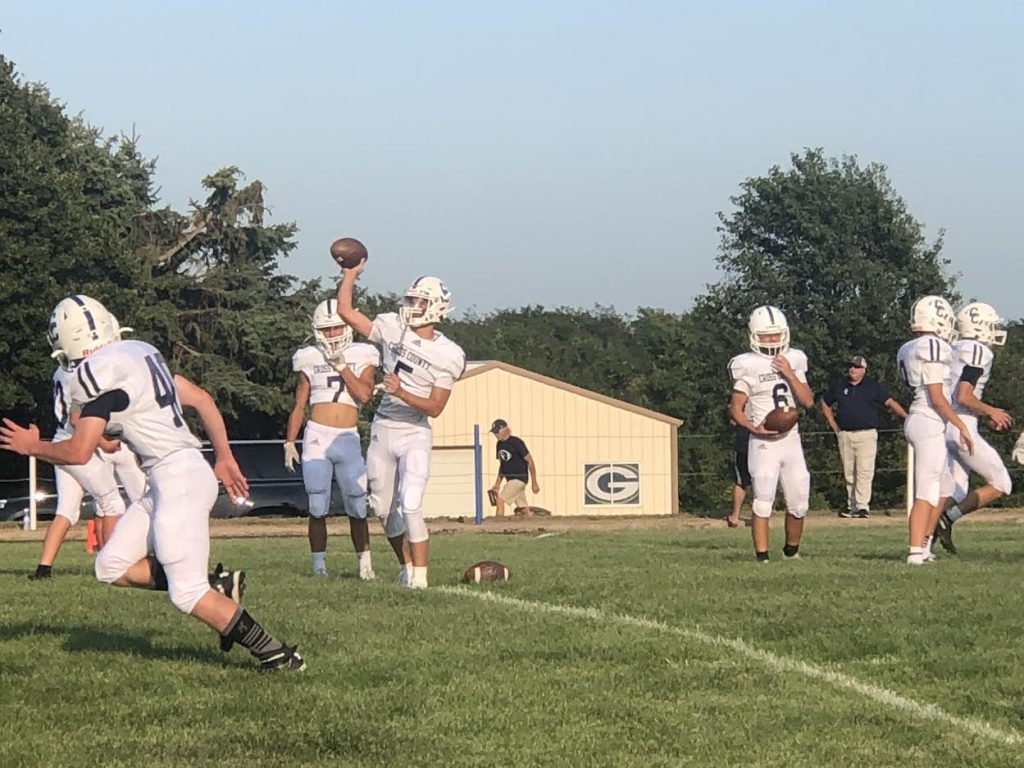 Seim, a junior, ran for five touchdowns in the game and converted a two-point conversion to lead his team in the season opener. Seim had 19 total touchdowns in 2019, which was a team-high, and he’s already on track to be ahead of that number for this season.

The one-two punch of Seim and senior running back Isaac Noyd also proved to be beneficial for the Cougars. Noyd added one touchdown and two successful two-point conversion attempts.

Junior quarterback Haiden Hild only attempted two passes in the game, but one turned into a touchdown as he completed a short throw to junior tight end Cory Hollinger.

The Bobcats were lead by sophomore running back Jake Bonifas, who scored in the third quarter, and junior quarterback MJ Coffey completed a touchdown pass to senior receiver McLayne Seeman.

Next for the Cougars is a matchup at Clarkson/Leigh next Friday, while Blue Hill takes on Loomis at home.