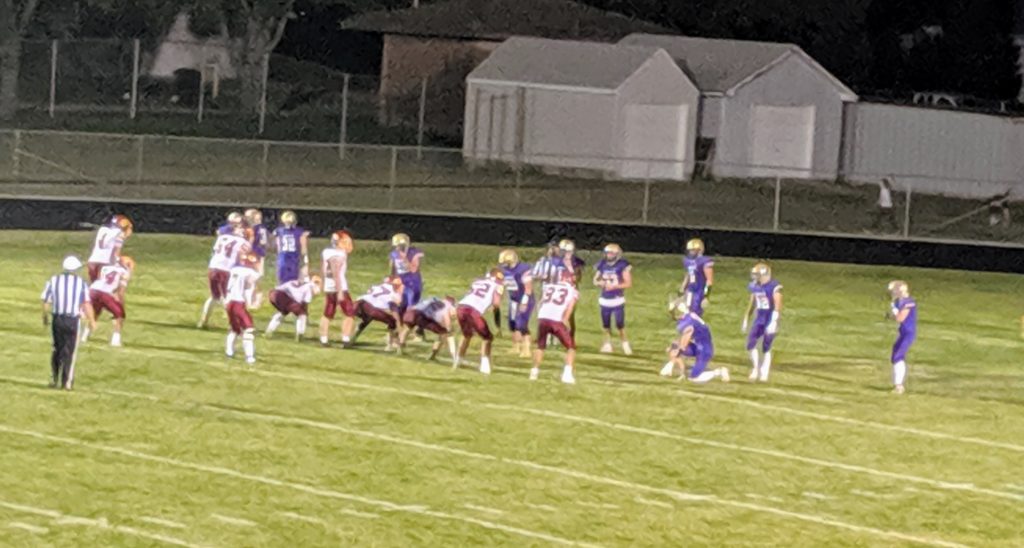 HOLDREGE – Gothenburg scored on it’s first two possessions and then cruised to a 34-6 win. Maguire Bartlett accounted for three touchdown on another solid performance from the senior quarterback.

Gothenburg took the opening drive and marched right down the field. As they went 65 yards in nine plays, Bartlett scored from 2 yards out to give them a 7-0 lead. On their next drive they used the big play as Isaiah Young went on a 54 yard run to the Duster 18. Three plays later on fourth down and one Bartlett scored again on a 15-yard qb sneak to put the Swedes up 14-0, still in the first. Gothenburg added a score in the second quarter when Bartlett hooked up with Brody Stienike who made a 25 yard backward-falling catch in the endzone to give the Swedes 21-0 lead going into halftime.

Owen Geiken powered in from four yards out on Gothenburg’s first drive of the second half and JJ Smith added a score in the fourth to give the Swedes a dominate win. Holdrege added  a score late in the fourth when Zach Reed hit Ethan Twohig on a one yard pass.

The Swedes finished with 385 yards of offense. Their defense has allowed only three touchdowns this season, all late in the games.  Young finished with 100 yards rushing, while Geiken added 80. Bartlett was 5-7 passing for 99 yards a one touchdown.  Zach Reed ran for 54 yards and passed for 93 on the night for the Dusters.

Gothenburg improves to 3-0 and now turns their sights to 3-0 Adams Central next week’s opponent.  Holdrege falls to 0-3.