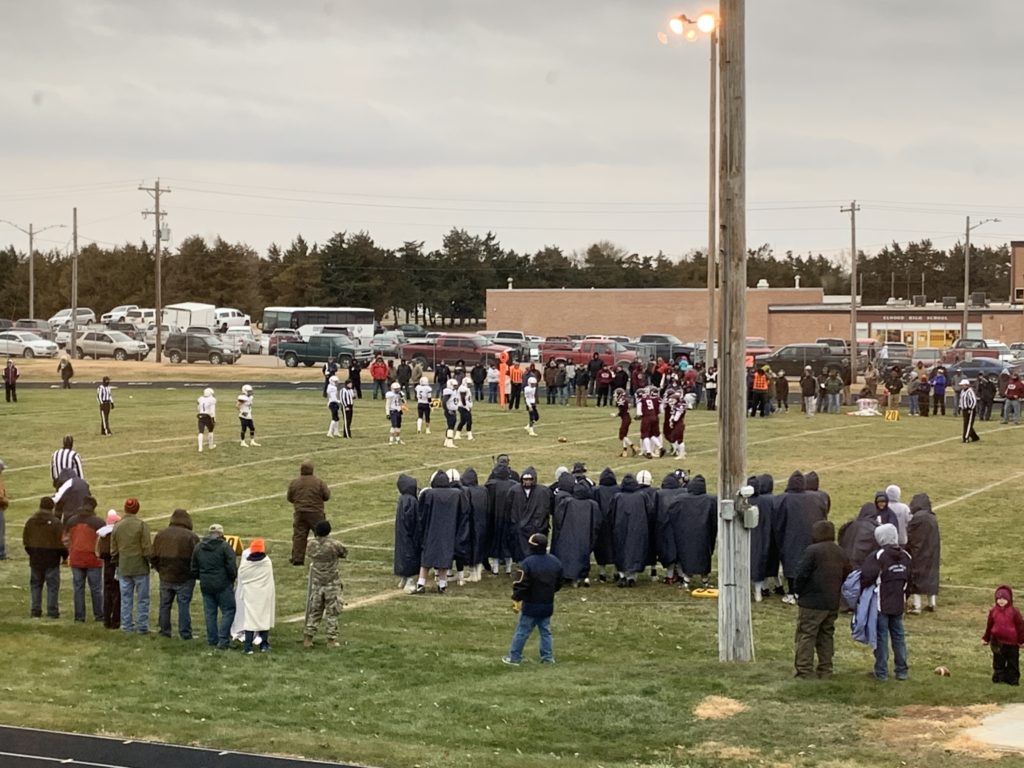 ELWOOD – The Elwood High School football team was unable to stage any heroics to continue their dream season on Wednesday, falling to the undefeated Central Valley Cougars at home 54-20.

The Cougars came out firing on all cylinders, scoring on their first 3 possessions to start the game. After an Elwood three-and-out on their opening drive, Central Valley quarterback Ty Nekoliczak found Enrique Martinez for a 42 yard touchdown to open the scoring. After another Pirate punt, Nekoliczak found Martinez again on the back line of the endzone for a toe-tap touchdown catch making the score 14-0 early after a failed two point conversion.

Elwood would finally respond midway through the first quarter as Pirate quarterback Conner Schutz threw a strike to Elwood’s dangerous receiver Zacob Evans, who then took the ball 42 yards into the end zone for a touchdown. Schutz then powered his way across the goaline for the two point conversion. As the Pirates offense began to heat up, it was Nekoliczak throwing another touchdown pass, this one to Cameron Kelly, into the southwest corner of the endzone to extend the Cougars lead to 22-8.

Elwood would not find the endzone again until the middle of the second quarter. Nekoliczak would continue showing off his arm strength tossing two more touchdown passes in the first half. Central Valley would turn the ball over twice on fumbled option pitches, setting up Elwood with an opportunity to score inside their own territory. Walking into the locker rooms at the end of the half, it was Central Valley with a 20 point advantage, 36-16.

The Cougars would use their running attack to bleed the clock in the second half with senior Morgan Behnk rushing for huge gains and Kordaynian Thorin able to find running room after having no carries in the first half. Central Valley would score on their opening drive of the second half of a plunge from Behnk and a two point conversion making the score 44-16 on Elwood’s next possession.

The Pirate’s would score one final time and the Cougars would add another confirming the final score, 54-20. Elwood falls to 8-2 on the final season of Elwood High School football before consolidating all athletics with Eustis-Farnam to become High Line Athletics in the next season. Central Valley remains undefeated at 10-0, and will play Overton at home on Tuesday.

Lexington Board of Education Adopts New Policy for Students and Staff to Wear Masks.