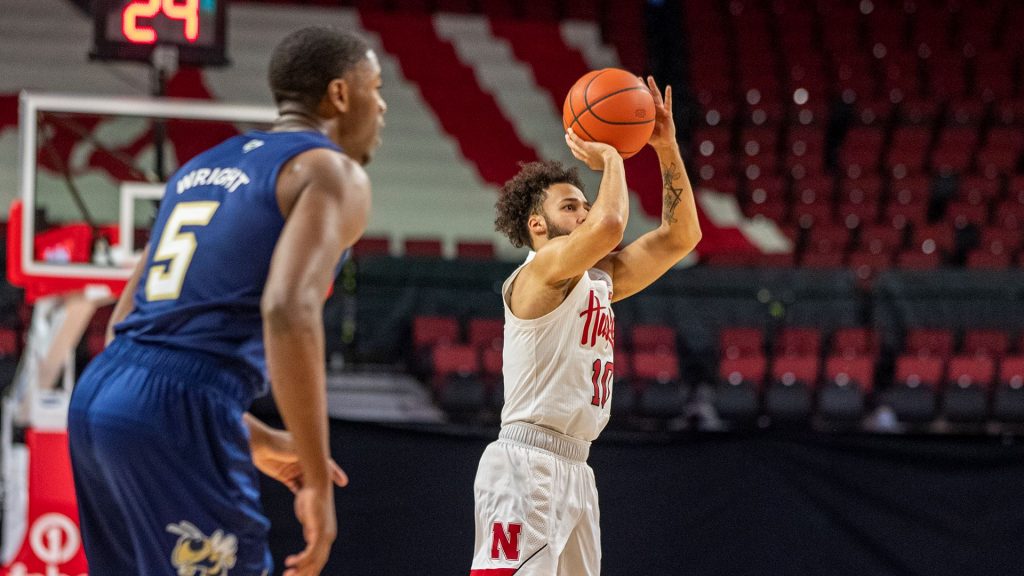 Lincoln – Despite an early second half surge that saw the Huskers take a six-point lead, Georgia Tech rallied down the stretch for a 75-64 win Wednesday in the ACC/Big Ten Challenge.

Jose Alvarado had 19 of his game-high 24 points in the final 10 minutes, including nine in a 16-4 spurt which gave the Yellow Jackets (2-2) the lead for good.

Trailing 52-51, Alvarado hit consecutive 3-pointers to start the run and before his third 3-pointer of the run pushed the lead to 64-58 before Moses Wright’s 3-pointer pushed it an 11-point lead.

For Nebraska, Kobe Webster recorded a career day from beyond the arc, scoring a career-high six 3-pointers en route to his first 20-point game of the season. Webster was one of three Huskers to finish in double figures, as Dalano Banton added 17 points and nine rebounds, while Teddy Allen chipped in 10 markers.

Georgia Tech used a 9-2 run to build its largest lead of the half at 32-24 after a Khalid Moore 3-pointer with 2:57 left. The Huskers closed the half on a 6-0 spurt on 3-pointers from Lat Mayen and Webster.

Nebraska trailed 34-32, but ran off eight straight points, including six in a row from Allen to take a 40-34 lead with 15:21 left. The Yellow Jackets trailed 43-37, but scored four straight to pull within two as neither team could build a margin until Georgia Tech’s late run.

The Huskers embark on a short road trip for their first away contest of the season on Friday at Creighton. The game tips off at 6 p.m. (CT)