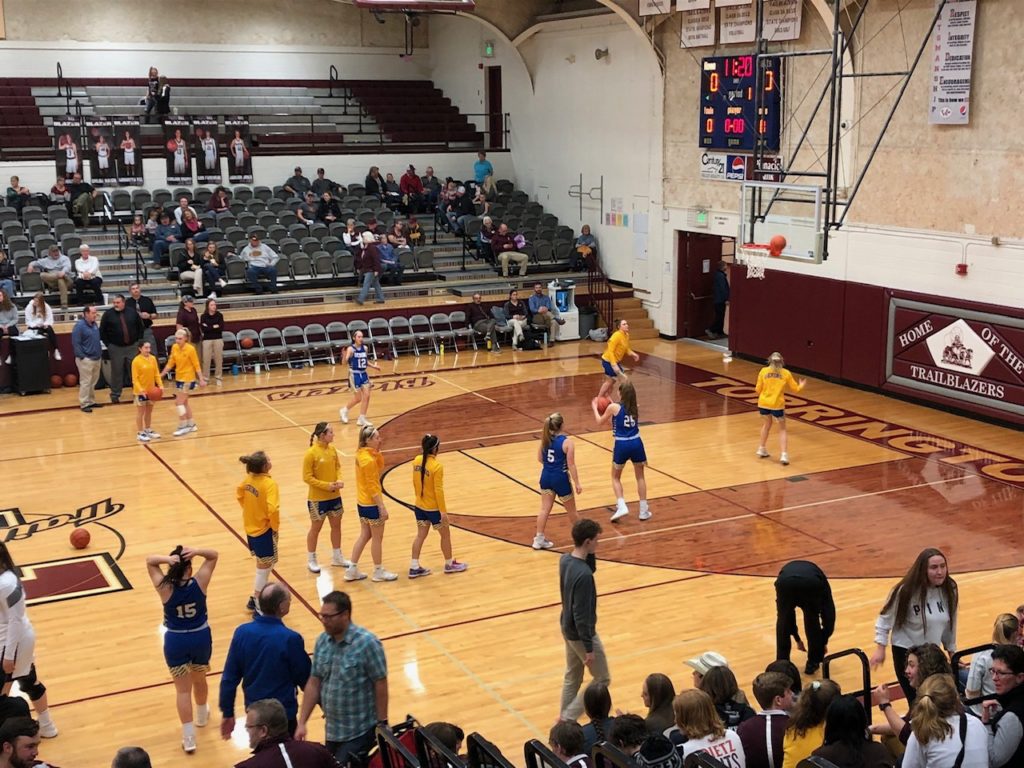 Both Gering High School basketball teams were in action on Tuesday night and the Rural Radio Network had coverage from Torrington on 93.3 FM KMOR.

Coming off a 60-36 loss at Scottsbluff on Saturday it was the Gering girls getting off to a good start in this matchup with the Blazers as they led 11-3 at the end of the first quarter and then they were able to build up a 10 point lead in the second quarter.

Torrington cut the deficit to just four points at halftime with the Bulldogs leading 19-15.

Torrington outscored Gering in the third quarter 15-10 as they took a four point lead to the final stanza.

A couple of late baskets down the stretch sealed a close win for the Blazers, 42-39 the final score.

Taylor Philbrick was the Taco John’s Player of the Game for Gering. Philbrick scored 10 points. Sydnee Winkler finished the night with 8 points.

With the loss the Gering girls see their record drop to 4-14 this year.

After allowing 84 points to Scottsbluff on Saturday the Gering boys team got back to their defensive ways on Tuesday night as they led after the first quarter 11-2.

Junior Jack Franklin, picking up some slack with big man Turner Ray out of the lineup, connected a couple early three point shots to help Gering get the early advantage.

Gering was up at halftime 26-16 but the Trailblazers were able to cut into the deficit in the third quarter with a 13-6 advantage.

Torrington was able to get as close at 47-45 in the fourth quarter but Kaleb Gonzales scored all nine of his points in the final eight minutes and the Bulldogs got some free throws down the stretch to secure the win, 56-50.

Franklin led Gering with 16 points and was name the Taco John’s Player of the Game for his efforts.

Bryce Sherrell was also in double figures with 10 points.

Both Gering teams will be at home on Thursday night to take on the Bayard Tigers.

You can listen to tomorrow night’s games on 93.3 FM KMOR and KMORfm.com starting at approximately 5:15 with tip off for the girls game scheduled for 5:30.