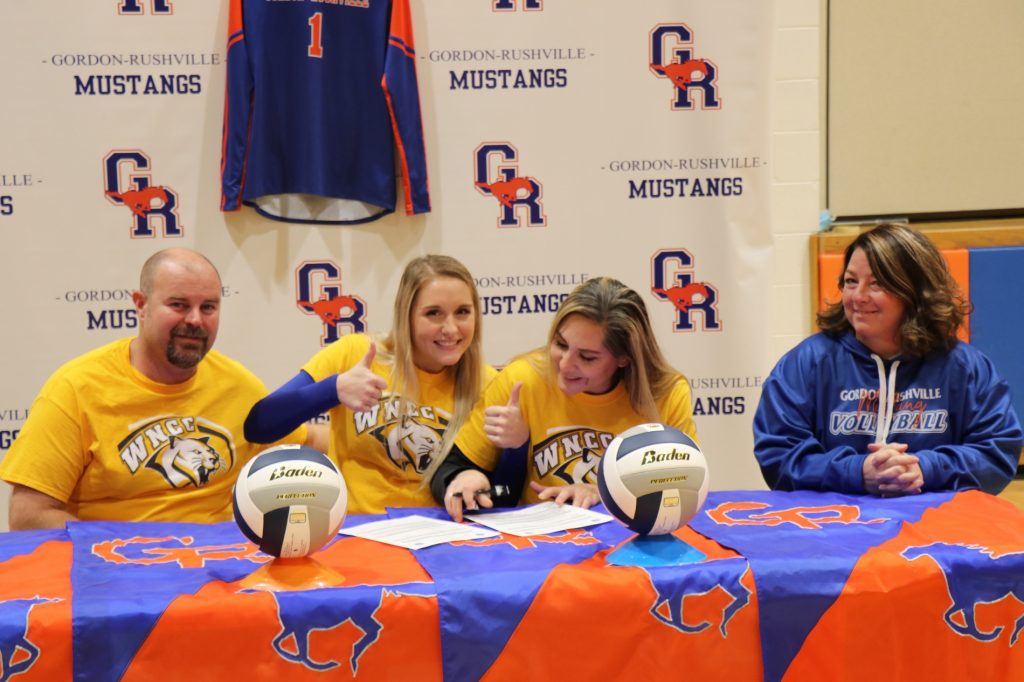 Gordon-Rushville’s Jayla Brehmer, the Western Trails Conference 2-time volleyball MVP, will be keeping her volleyball playing to the Panhandle after signing Friday with Binny Canales and the Western Community College volleyball program.

Brehmer, the Mustangs 5-foot-9 hitter who has played varsity for four years, said it was a good fit in continuing to play volleyball in college. She made it official on Friday when she inked with Western Nebraska Community College.

“I signed to WNCC because I really liked the campus and how welcoming Coach Binny [Canales] and my new teammates were to me,” Brehmer said. “I get to continue to play the sport I love at the next level.”

Brehmer was a key member of the Mustang volleyball team that went 24-10 this past fall and made it to the district finals. Plus, she was recognized by the WTC conference and she couldn’t have asked for a better senior season.

“It means a lot to me,” Brehmer said about being WTC MVP. “There are a lot of talented girls in my conference and receiving the honor two years in a row makes me feel blessed. This is because of my coaches and teammates that pushed me every day to be the best volleyball player I could be.”

Brehmer’s volleyball career at Gordon-Rushville was filled with plenty of highlights.

Besides volleyball, Brehmer also plays basketball and runs track. She is also a cheerleader.

Brehmer becomes the fourth Gordon-Rushville volleyball player to play for the Cougars since 2000. The other three former Mustangs included Alyssa Ostrander (2011), Annie Shields (2006), and Kendra Jensen (2000).

“It is very honoring and exciting to be one of the chosen few to play for the Cougars,” she said. “We had a pretty successful season with a record of 24 and 10. I played with some talented girls that I will miss dearly.”

For now, she will get ready for her senior basketball season, where she averaged 7.5 points and 6.3 rebounds a game. Last year as a junior, Brehmer averaged 12.7 points and 8.2 rebounds.

Brehmer said she has plenty of memories about her time at Gordon-Rushville.

“Some of my favorite memories are going to volleyball camps with my sister in Lincoln and my teammates in Colorado,” she said. “In the off-season, I love playing with new teammates, who I could never imagine playing with. I also met a new coach that tells me a lot about the game.”

Her goals at WNCC are simple, she wasn’t to get better as a player while pursuing a degree in the medical field, where she is hoping to be a doctor.

“My goals at WNCC are to improve my volleyball skills and pursue a degree in the medical field,” she said. “It will be very exciting and competitive, and I am looking forward to it.”

Brehmer said this road to playing collegiately wouldn’t be possible without your teammates and coaches. 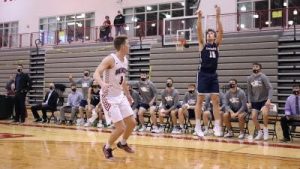