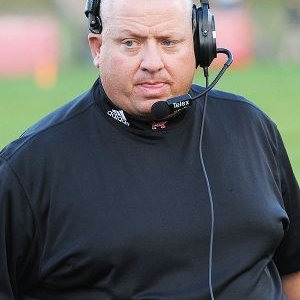 The architect of McCook’s fabulous run in football the last two decades is stepping down. On Wednesday Jeff Gross announced his decision to step down as head football coach at McCook after 23 season. Gross released this statement.

“After a great deal of reflection and discussion with my wife Diana and my children; Lexi and DJ, I have decided that it is time for me to step down as Head Football Coach at McCook High School. It has been an amazing 23 years as the Head Coach of the Bison. I have been truly blessed, and I would like to thank all the players and coaches that I have had the privilege of working with over the years. The football families I have worked with are going to be my lasting friends.

Although I am stepping away from football at this time, I plan to continue in my capacity as an administrator, and work to help McCook High School continue to grow and flourish as an outstanding school system.

In my tenure as your football coach, I have been a part of many Championship Teams, but my fondest memories will always be of the relationships developed with the coaches, players, families and football supporters. The loyalty that the afore mentioned and the community of McCook has shown me, will be with me and my family forever. I am humbled to be a part of such great people at McCook High School.

At the backbone of all of our success has been a loyal and dedicated group of assistant coaches. Words could never express all that you have done and mean to me and my family. I also would really like say thanks to all those Football Coaching buddies in this profession. We have the greatest job. cherish it every day!

I also want to thank all the trainers, team support people, parents, moms, dads, students and all of those who were a part of the Bison Football family. I also would like to take a moment and say “Thank You” to all the media that have treated me and this program with much respect. Your hard work does not go unappreciated.

As I have said since the 1st day I arrived in McCook. Bison Football is about a “We Are One” philosophy. It is about the community, the parents, and the families who have sent their students to McCook High School and joined together to become essential pieces of one of the most successful programs in all of the Midwest.”

Gross guided to McCook to five state title games and championships. The Bison advanced to the state semifinals 11 times in his 23 years as head coach. He had an overall record of 208-53. He also coached 72 players who went on to play college football. 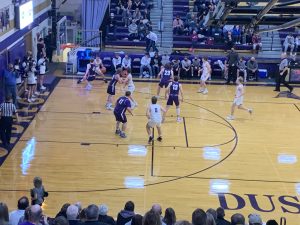