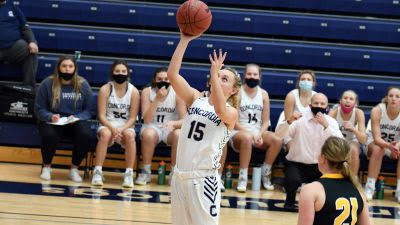 SEWARD, Neb. – Those who counted out the Concordia University Women’s Basketball team after its 0-3 start are looking awfully foolish now. The 11th-ranked Bulldogs are growing with each outing, as evidenced again on Saturday (Nov. 21) in a clash between teams ranked Nos. 1 and 2 in the GPAC preseason poll. Concordia held No. 8 Dordt to 36.2 percent shooting in a 73-62 victory inside Friedrich Arena.

Fifteenth-year Head Coach Drew Olson’s squad has rattled off four-straight wins in a row – all by double-digit margins. Yes, the Bulldogs (4-3, 3-1 GPAC) believe they will be a player once again when it comes to the conference title picture.

“The growth they’ve shown over this past week is incredible,” Olson said. “They’re really playing well together and finding their identity and toughness. It’s been really fun to watch.”

Concordia has won back-to-back GPAC games in which star guard Taylor Cockerill has fell short of double figures in the scoring column. With Cockerill commanding plenty of the attention, she made a pretty dish into the corner in the final minute-and-a-half for the game’s back-breaking shot. Sophomore Taylor Farrell drilled the open trey to boost the advantage to 10 (69-59).

The outside shooting has come to life. The Bulldogs went 11-for-24 (.458) from beyond the arc on Saturday. Meanwhile, Concordia held Dordt to just seven points in the first quarter and forced 21 total turnovers (compared to 13 turnovers committed). Defender leading scorer Bailey Beckman needed 16 shots from the floor to reach 16 points.

After trailing by as many as 13 points, Dordt eventually came back to take the lead (53-52) on a Beckman trey at the 7:07 mark of the fourth quarter. The Bulldogs responded immediately with Mackenzie Koepke’s layup off the dime from Rebecca Higgins. Not long after, Farrell went splash-splash-splash in knocking down three fourth-quarter triples to sink the Defenders.

The confidence is now soaring within the Bulldog locker room. Said freshman Taysha Rushton, “I feel like we all knew we just needed to stay together as a team and just keep growing together and getting better every day … Taylor (Cockerill) has been a big mentor for me. We come to the gym a lot and play one-on-one together.”

A star in the making, Rushton paced Concordia with 15 points to go along with three steals and no turnovers in 29 minutes. Three other Bulldogs reached double figures: Higgins (12), Farrell (11) and Rylee Pauli (10 points, six rebounds). Farrell scored all of her points in the fourth period. Off the bench, Bailey Conrad chipped in six points, three rebounds and two assists.

Olson has led the Bulldogs to five-straight series wins over Dordt, which won at Midland on Wednesday. The win streak for Concordia has come against Northwestern, Peru State College, Doane and Dordt.

The Bulldogs will be in action once more before Thanksgiving. They will head to Omaha on Tuesday for a 6 p.m. CT tipoff at College of Saint Mary (1-3, 0-1 GPAC). Concordia eclipsed 100 points in both of last season’s victories over the Flames. Due to COVID-19 restrictions, College of Saint Mary will not allow visiting fans to attend the game. 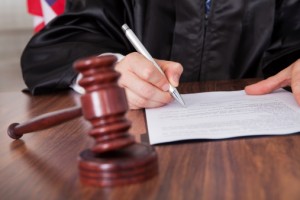