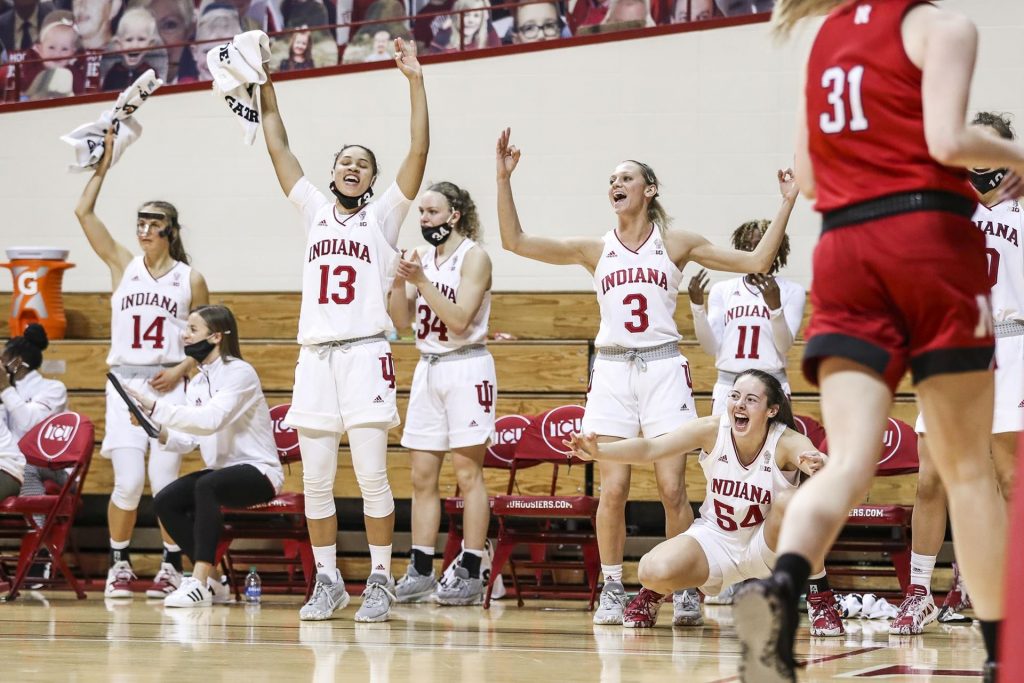 Bloomington, Ind. – Isabelle Bourne scored a team-high 16 points and added a team-high six rebounds, but No. 15 Indiana used a 15-0 run midway through the second quarter to run to an 81-45 victory over the Nebraska women’s basketball team on Sunday at Simon Skjodt Assembly Hall.

Nebraska slipped to 3-2 overall and 1-1 in the Big Ten with the loss, while the Hoosiers improved to 3-2 and 1-0 in the conference.

While Bourne scored 14 of her 16 points in the first half, Bella Cravens produced 10 of her 12 points in the second half for the Big Red. No other Husker managed double figures against the Hoosiers, as Nebraska’s leading scorer Sam Haiby was held to seven points on 2-of-15 shooting. Freshman guard Whitney Brown added six points in 26 minutes to help the Huskers.

Aleksa Gulbe, who hit a career-high three three-pointers for the Hoosiers, led Indiana with game highs of 18 points and 12 rebounds, while Kiandra Browne added a double-double of her own off the bench with 12 points and 10 boards in just 18 minutes. Sophomore center Mackenzie Holmes added 16 points inside for the Hoosiers.

Gulbe set the early tone for the Hoosiers with her three-pointer off the tip, but six straight points by Bourne tied the game at 7 with 4:24 left in the first quarter. A bucket by Gulbe put Indiana back up before a Cravens basket tied it at 9 with 2:50 left in the opening period. Ali Patberg and Holmes scored field goals to send Indiana to the second period with a 13-9 lead.

Haiby opened the second quarter with a bucket to trim the margin to 13-11 before another Gulbe three-pointer and a basket by Holmes gave Indiana its largest lead at that point at 18-11 with 8:30 left in the half. Bourne answered with a three-pointer to narrow the gap briefly to 18-14, before Gulbe scored five straight points to push the margin to 23-14 and start a 15-0 run for the Hoosiers. Nebraska was never able to recover, as Indiana took a 38-19 lead to the half.

Nebraska continues its two-game Big Ten road trip through Indiana on Wednesday when the Huskers battle the Purdue Boilermakers. Tip-off between the Big Red and the Boilers at Mackey Arena in West Lafayette is set for 1 p.m. (CT)