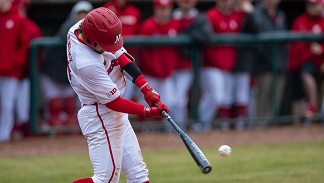 Phoenix, Ariz. – The Nebraska baseball team (1-6) allowed eight runs in the fourth inning of a 13-5 loss to No. 12 Arizona State at Phoenix Municipal Stadium on Friday night.

The Huskers went down 1-2-3 in the top of the first. Arizona State managed a one-out walk in the bottom of the opening frame, but left the runner stranded.

Aaron Palensky managed a leadoff single in the top of the second, but was thrown out on a fielder’s choice before back-to-back outs. ASU scored three runs in the bottom of the second to take the early lead. Three of the first four Sun Devil hitters singled during the frame. ASU left runners on the corners when the inning ended.

Joe Acker singled in the top of the third, but was left stranded in a scoreless frame for the Big Red. In the bottom of the third, ASU loaded the bases with one out before Schreiber recorded back-to-back strikeouts to keep the Sun Devils from adding to their 3-0 lead.

In the top of the fourth, NU scored one run to cut the deficit to 3-1. After Spencer Schwellenbach flied out to the warning track, Palensky left no doubt when he launched a home run to left field in the following at-bat. ASU added eight runs in the bottom of the fourth to build an 11-1 advantage. The Sun Devils managed three hits, while eight batters reached via either walk or hit-by-pitch.

The Huskers were retired in order in the top of the fifth. Diederich recorded two strikeouts in the bottom of the fifth to keep the Sun Devils from adding to their lead.

Schwellenbach drew a one-out walk in the top of the sixth, but each of the other three Husker batters during the frame were retired. ASU added one run in the bottom of the sixth to extend its lead to 12-1.

In the top of the eighth, Nebraska scored two runs to make the score 12-3. Gunner Hellstrom ripped a leadoff single before Acker drove him in with an RBI double. Jaxon Hallmark notched a base hit before Cam Chick’s sacrifice fly brought in Acker. In the bottom of the eighth, Arizona State scored one run to extend its lead to 13-3.

NU scored two runs in the top of the ninth. Aaron Dolney drew a leadoff walk before Drew Mackie reached on a hit-by-pitch. Hellstrom knocked a two-RBI single to bring in both baserunners. Leighton Banjoff doubled, but he and Hellstrom were left stranded to end the inning.

The Huskers and Sun Devils continue their three-game series on Saturday, starting at 7:30 p.m. (CT). 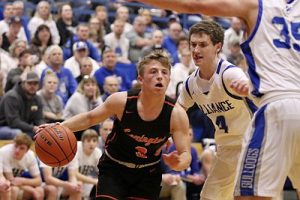 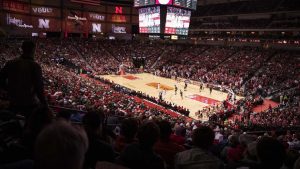