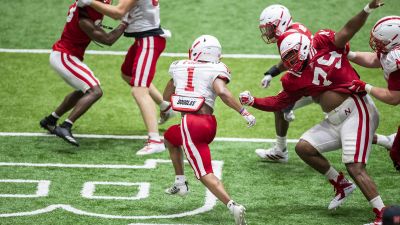 Nebraska finds itself ranked in the initial Associated Press Top 25 Football poll. Scott Frost and the Huskers are ranked 24th in the country in the preaseason rankings that were released today. Defending National Champion Clemson is first while Alabama is ranked 2nd. Ohio State leads the Big ten as the Buckeyes begin the season ranked 5th, Michigan is 7th, Penn State is 15th, Michigan State is 18th. Big Ten West Division foes Wisconsin and Iowa are also ranked. The Badgers are 19th, while the Hawkeyes are 20th. The Huskers have been installed as a 36.5 point favorite against Southern Alabama in their season opener on August 31st in Lincoln.