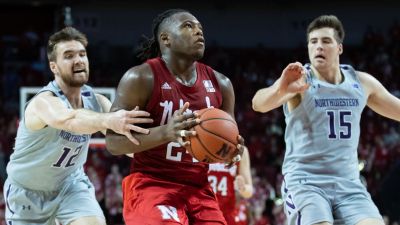 Huskers Lose At Home To Northwestern-Huskers.com

LINCOLN – Haanif Cheatham had a team-high 20 points, while freshman Yvan Ouedraogo grabbed a career-high 19 rebounds and had 11 points, but it was not enough as Northwestern defeated Nebraska 81-76 in overtime at Pinnacle Bank Arena on Sunday afternoon.

Nebraska, which overcame a six-point deficit with 4:54 remaining before Cheatham led the Huskers on an 11-2 run, scoring eight points before Cam Mack’s layup with 1:19 remaining put Nebraska up 67-65. On the Wildcats’ next possession, Pat Spencer tied the game with a pair of free throw with 47 seconds remaining in regulation. The Huskers had a chance to win in regulation, but committed a turnover and Northwestern was unable to get the go-ahead basket before the buzzer.  NU hurt its cause by going just 8-30 from the free throw line.

The Huskers return to action on Thursday night when they travel to Michigan to take on the Wolverines. Tipoff is set for 5:30 p.m. (CT) 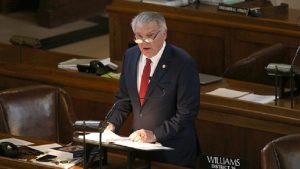