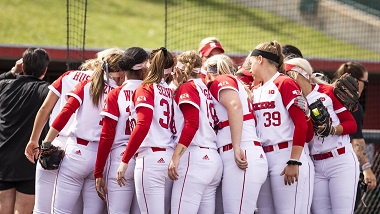 Tempe, Ariz. —– Nebraska fell to Oregon State on Friday by a score of 4-3 in its first of two games on the day.

Lindsey Walljasper (4-4) started and pitched 5.1 innings. She gave up four runs – two earned and had four strikeouts. Olivia Ferrell pitched 1.2 innings of relief. She gave up one hit and had two strikeouts.

OSU’s Mariah Mazon improved to 10-5. She pitched a complete 7.0 innings. She gave up three runs on five hits and had eight strikeouts.

Oregon State took a 4-0 lead in the first after three hits and a Husker error. Nebraska responded in the inning when Edwards hit a leadoff home run to cut the lead to 4-1.

In the fifth, Nebraska scored two runs. Glatter reached on a fielder’s choice and Edwards homered again to plate two.

OSU threatened in the sixth loaded the bases with two outs, but Nebraska was able to get an out to get out of the jam. In the bottom of the inning, Ferrell drew a leadoff walk and Courtney Wallace pinch ran for her. OSU got Wallace out on the next play but Walljasper reached on the fielder’s choice. Ybarra singled to put another runner on with one out but a double play ended the inning.

Tempe, Ariz. — Nebraska fell to Wright State, 6-4 on Friday in its second game of the day.

WSU’s Carly Turner (3-3) pitched a complete 7.0 innings. She gave up four runs on six hits and had three strikeouts.

Once again, Tristen Edwards paved the way for the Husker offense going 2-for-4 with a home run and a double. She also had two RBIs. Cam Ybarra also had two hits and scored one run. Ally Riley and Sarah Yocom also had one hit for Nebraska.

The Huskers took a quick 1-0 lead when Edwards hit a leadoff homer in the first.

Nebraska extended its lead in the fourth, scoring two runs. Walljasper drew a lead off walk and Carson Fischer pinch ran for her. Ybarra singled and Pola was hit by a pitch to load the bases. A fielder’s choice got the lead runner out at home but Riley hit a sac fly that scored Ybarra. Then Yocom singled to plate another run.

In the sixth, Ybarra hit a leadoff double to put the go-ahead run in scoring position. However WSU retired the next three batters to leave her stranded.

The Raiders took a 6-3 lead in the seventh off three runs – including a homer – and two Husker errors. In the bottom of the inning, Owen drew a leadoff walk and Sarah Yocom ran for her. Glatter followed, drawing another walk. Bree Boruff pinch ran for her to put a pair on with no outs. Edwarrds doubled to score one and Walljasper drew a walk to put the winning run on first with one out. However, Wright State retired the next two batters to end the game.

The Huskers continue the ASU Invitational on Saturday when they play Lehigh (3 p.m. CT) and No. 15/17 Arizona State 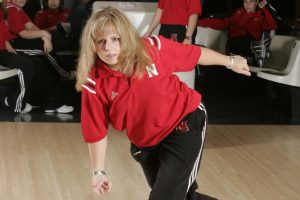 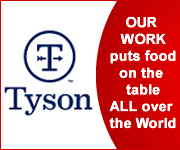