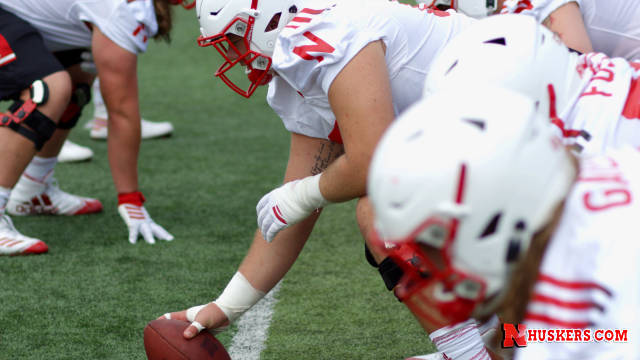 Lincoln, Neb. — The Nebraska football team kicked off the 2017 season on Sunday with the start of fall camp, practicing outside the the Hawks Championship Center on the Ed and Joyanne Gass practice fields in helmets and jerseys for just over two hours. Head Coach Mike Riley, who is now on his third year with the Huskers, spoke with the media following practice to summarize the first day of practice “I think these rules are good. It’s a little bit hard sometimes because of the enthusiasm for the first day is at a high level and you have to pull them back on the physical part of it. We don’t have shoulder pads on so you don’t want a big collision. You have to practice appropriately when you are in the trenches, you got to be careful down the field. I think it’s still good to break in like this and get a little bit of a foundation before we put more gear on.”

Coach Riley discussed the status of the Huskers’ cornerback group for 2017, following the off-season injury to senior Chris Jones. “I think that as we go forward with the corners, they’re all young so their experience isn’t big but they are talented and they are smart so we’ll be looking for immediately is just being sound,” Riley said. “Just being real smart. I think that that’s going to be the way they give everybody the trust that they need for them to play. They understand their assignment, they understand what they have to take away at their position and that they are really sound down the field.” Coach Riley commented on senior Joshua Kalu’s versatility as a player. “We understand we have a little bit of versatility with Josh. His experience at corner is good. We have been excited about his fit at safety. What he brings in that area and we like that look and we are hesitant to move it. We feel with three guys right now when you talk about Lamar [Jackson], Eric Lee, and [DiCaprio] Bootle that we will have those guys and see who else breaks into it as sound, smart, good football players.”

Coach Riley was pleased with the crisp work by the Husker offense on the first day of practice. “I think the execution of the foundation of what we out in today. We put in parts of about two or three different series offensively and I thought it was pretty smooth. It was pretty clean, we were able to function on a pretty extensive team period and a pretty extensive interaction pass skeleton period and so I thought that what was pretty good.” The Huskers will continue fall camp practice again Monday morning.