SAN DIEGO — In the University of Iowa’s fourth all-time meeting against San Diego, the Hawkeyes lost 10-5 in their final game of the Tony Gwynn Legacy Tournament on Sunday at Fowler Park.

“The first half of the game was solid,” head coach Rick Heller said. “We got a great start from Duncan Davitt. We had better at-bats today up-and-down the lineup. We stranded a lot of runners today, and had chances to break it open.”

Iowa jumped out to a 2-0 lead after two innings via a first-inning solo home run by sophomore Brendan Sher and a two-out RBI-double by redshirt freshman Brayden Frazier. It was Frazier’s first career hit and RBI.

The Toreros would go on to scored four unanswered runs to take a 4-2 lead heading into the seventh inning.

The Hawkeyes tied the game at four in the seventh on senior Zeb Adreon’s two-out RBI-single, scoring Sher and junior Izaya Fullard.  Fullard finished the game 3-for-5 with three singles.

Iowa’s bullpen, which gave up nine runs in the game, allowed three runs in the bottom of the seventh to give San Diego a 7-4 lead. The Hawkeyes had two runners on with nobody out in the eighth, but a ground ball double play ended any comeback effort.

The Hawkeyes allowed three more runs in the eighth and scored a run of their own in the ninth to ultimately fall 10-5 and drop to 3-3 on the season.

In Duncan Davitt’s second start of the season, the right-hander went four innings, allowing one run on three hits with four strikeouts and one walk. Four Iowa relievers pitched the final five innings with sophomore Drew Irvine (0-1) suffering the loss.

UP NEXT
Iowa travels north to Minneapolis for the CambriaCollegeClassic from Feb. 28-March 1 where it will face three ranked opponents from the Atlantic Coast Conference. 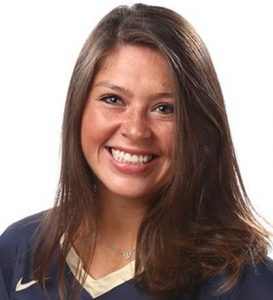