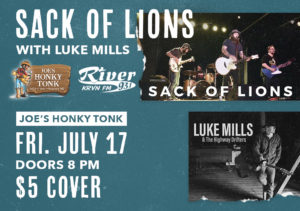 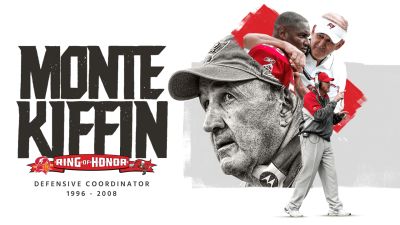 Tampa-Lexington native Monte Kiffin is picking up another honor. Kiffin, who spent 13 seasons as the Tampa Bay Buccaneers’ defensive coordinator, will be the 14th person inducted into the team’s Ring of Honor at Raymond James Stadium. The Glazer Family surprised Kiffin with this news on Friday evening during what was already a surprise 80th birthday party for Kiffin in the stadium’s Hall of Fame Club.

Buccaneers Owner/Co-Chairman Bryan Glazer said: “Monte Kiffin’s contributions to building and sustaining one of the most dominant defenses in NFL history were crucial to our franchise’s most successful era. Monte worked closely with Tony Dungy and Jon Gruden using his signature defense that became the team’s identity and was a key part of winning the Super Bowl. He was an outstanding coach, teacher and leader who consistently got the best out of his players and we eagerly anticipate welcoming him into our Ring of Honor this upcoming season.”

Kiffin spent 52 seasons as a football coach, the longest stretch of it with the Buccaneers from 1996-2008. That also makes him the longest-tenured coach in Tampa Bay’s franchise history. During that time, he presided over a defense that, in 13 seasons, ranked in the top 10 in yards allowed 11 times and in points allowed 12 times. That included eight top-five finishes and two number-one rankings, in 2002 and 2005. The 2002 defense that propelled the Buccaneers to their first Super Bowl championship is widely regarded as one of the best in NFL history and it punctuated its run by setting Super Bowl records with five interceptions and three pick-sixes.

Kiffin, who played and coached at Nebraska also played in the Canadian Football League and was the head coach at North Carolina State from 1980-82. He first joined the Buccaneers in 1996 when Dungy came on as the head coach. Tampa Bay’s defense had ranked 27th the year before but immediately rose to 11th in 1996. When the Buccaneers parted ways with Dungy and hired Gruden, Kiffin was retained and the Bucs’ defensive prowess continued. Kiffin will now join Dungy and Gruden in the Ring of Honor.

Kiffin helped the Buccaneers perfect the “Cover Two” defense. In fact, the Buccaneers were so successful with that scheme during his tenure that it is now commonly referred to as the “Tampa Two.” During Kiffin’s 13-year tenure, the Buccaneers allowed the fewest points per game (17.5) in the NFL and also ranked second in yards allowed per game (286.8) and total takeaways (293). From October 29, 2000 through November 9, 2003, Tampa Bay’s defense put together an incredible streak of 50 straight games with at least one sack and at least one takeaway. No other defense in the NFL has accomplished that feat before or since.

Many of the Buccaneers’ defensive team records were set while Kiffin was the coordinator. The 2002 team allowed the fewest points (196) and points per game (12.3) in team history and also set Buc marks for lowest passer rating (48.4) and completion percentage (50.8%) allowed. The 2000 squad set the team single-season standard with 55 sacks. The 1999 team surrendered only 228 first downs, another team record. The 1998 defense allowed a franchise-low 31.7% third-down conversion rate. Seven of the nine shutouts in Buccaneers history occurred under Kiffin’s watch.

In 2002, Kiffin was named the Assistant Coach of the Year by both Football Digest and the Pro Football Writers Association after his defensive unit became the first since the 1985 Chicago Bears to lead the league in points allowed (196), yards allowed per game (252.8) and interceptions (31). The 196 points allowed remain the fifth-fewest in a 16-game season in NFL history.

Kiffin helped the Buccaneers to playoff appearances in seven of his 13 seasons with the team, which is easily the most successful era in franchise history. His efforts were instrumental to that run of success and have earned him the honor of having his name on the Raymond James Stadium façade for future generations of Buccaneer fans to admire. His name will join those of former inductees Brooks, Barber, Dungy, Gruden, Lynch, Sapp, Malcolm Glazer, Lee Roy Selmon, John McKay, Jimmie Giles, Paul Gruber, Mike Alstott and Doug Williams. The date of Kiffin’s induction ceremony will be set after the NFL’s 2020 game schedule is released in April.