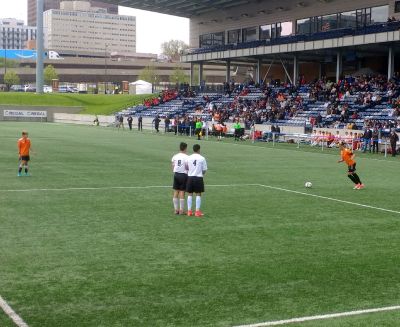 Omaha-Lexington’s run at the Class B State Soccer tournament came to an end on Saturday as the Minutemen lost 2-1 to Columbus in the Class  B State Semifinals. Columbus picked up two goals from Ivan Rios off of corner kicks in the first half and then held on for the win. Lexington scored in the 37th minute as Junior Casillas put the Minutemen on the board. In the second half, neither team could get anything going offensively. Lexington was making its fourth appearance in the State Semis since 2010. The Minutemen wrap up the year at 14-3, while Columbus is now 14-4 and will now play Omaha Skutt in the title game on Monday night.