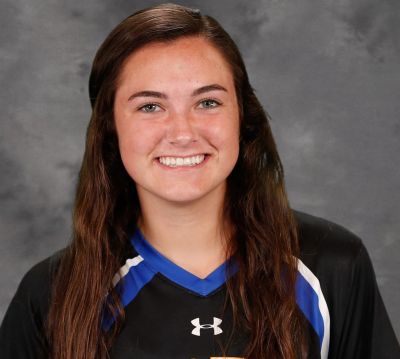 Kearney, Neb. – Nebraska-Kearney freshman right fielder Carlee Liesch has been named to the 2019 Division II Conference Commissioner’s Association (D2CCA) All-Central Region team. The squad, comprised of 29 players on a first and second team, is voted upon by sports information directors in the Central Region. Schools from the MIAA, NSIC (Northern Sun Intercollegiate Conf.) and GAC (Great American Conf.) make up the Central. Liesch (Lincoln Pius X) was named to the second-team and is one of just five MIAA players to make the squad. No. 1 ranked Central Oklahoma had three of the league’s selections with Pittsburg State grabbing the other. Liesch also was one of three freshmen picked, joining UCO pitcher Bailey McKittrick and Arkansas Tech designated player Tymber Riley.

The 2019 MIAA Freshman of the Year, Liesch was one of the top freshmen in Division II this spring, batting .458 with 12 doubles, three triples, seven homers and 18 RBI’s. Batting leadoff in 32 games, she scored a team-best 51 runs while fielding at a .978 clip. Her 71 hits are fourth most in school history for a single season with her batting average the second highest. Liesch is the 18th Loper in the Division II era to be named All-Region and the first since first baseman Kate Ruwe in 2016. UNK went 20-24 (12-14) this past spring, tying for 10th place in the league standings. The Lopers went 18-11 over its final 27 games and had players named to the All-MIAA team.